Democrats have shown a desire to control every aspect of the lives of American citizens and the irony is what they accuse President Donald Trump of being.

At the recent Climate Town Hall on CNN the majority of Democrat candidates expressed their desire to control various aspects of the lives of Americans. 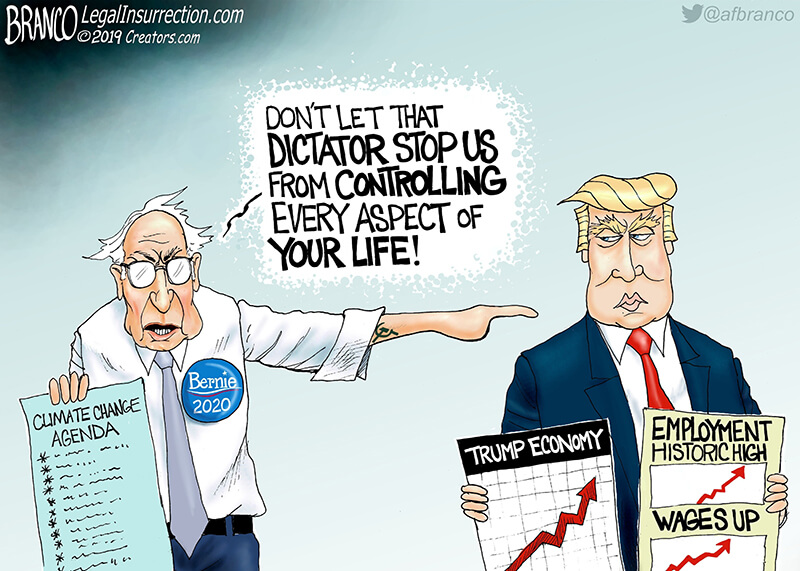 But those same Democrats have continued to call President Trump, the man fighting for individual freedoms, a dictator, as this cartoon shows.

The cartoon is humorous, but the truth behind it is frightening and a warning to anyone who thinks about voting for Democrats.