If you did not watch the Climate Town Hall on CNN last week, and who could blame you, you missed one of the most shocking things ever said on a stage.

Bernie Sanders called for the use of abortion as population control in poor nations in order to protect everyone from climate change.

It is eugenics the way that Margret Sanger, the founder of Planned Parenthood, could only dream about when she founded the organization. 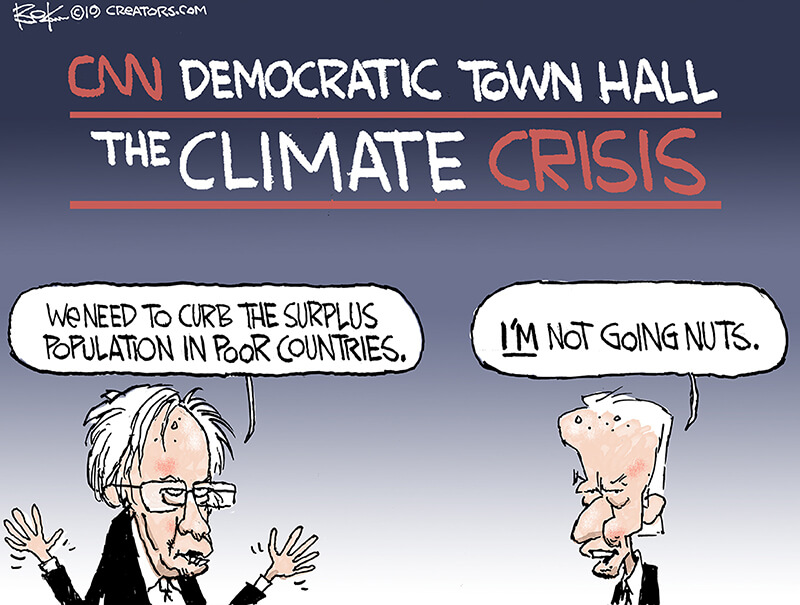 As the cartoon shows, the idea is so insane that it even made former Vice President Joe Biden seem like he still had all of his mental faculties.
Sanders Says He Favors Population Control To Combat Climate Change.
The CNN Climate Town Hall was a terrifying glimpse into the prospect of total government control of every aspect of your life.