The cartoon below sums up what we all in our gut know is true about the sexual abuse scandal currently roiling the Catholic Church: 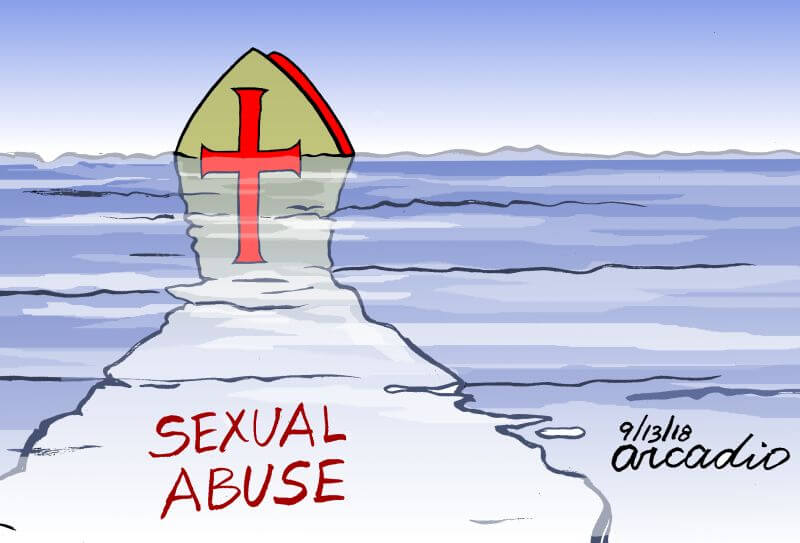 What we know so far is but the tip of the iceberg but the secrets won’t remain secret much longer.

Even worse though is the reaction of the Pope to all of this.

Rather than address it and try to root out the problem, he’s seemingly gone the opposite direction.

Pope Francis doubled down Thursday on his claim that Satan is attacking the church by bringing sexual assault allegations to light and told Christians to accuse themselves. 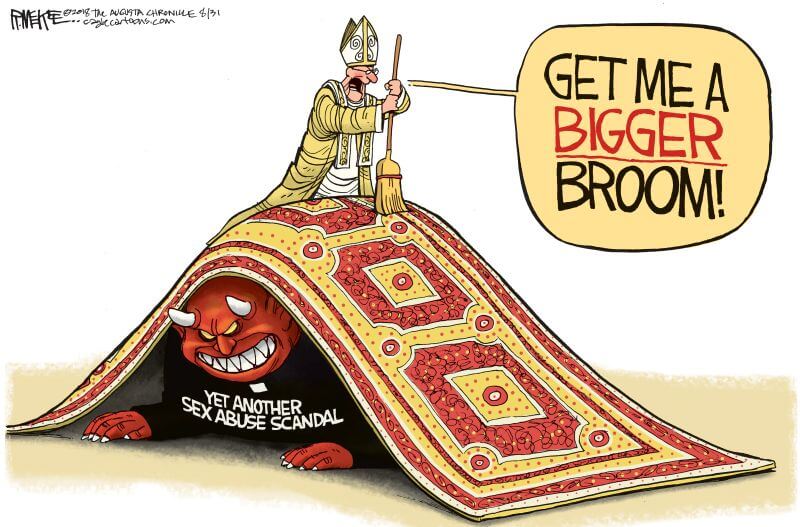 Francis made the remarks in his Thursday homily at Domus Sanctae Marthae, saying that only those with a merciful attitude toward church officials practiced the love of God, while those who sought to accuse clerics of abuse or cover-ups entered “into the logic of the Great Accuser.”

The pontiff admonished Christian faithful not to badmouth their enemies, but to love and pray for them instead and thereby follow what he called “the folly of the cross.”

“Only the merciful resemble God the father. ‘Be merciful, just as your father is merciful.’ This is the path, the path that goes against the spirit of the world,” Francis said, according to Crux Now.

He reflected on the passage from the Gospel of Luke in which Jesus commands his disciples to “love your enemies, do good to those who hate you, bless those who curse you, pray for those who mistreat you.” 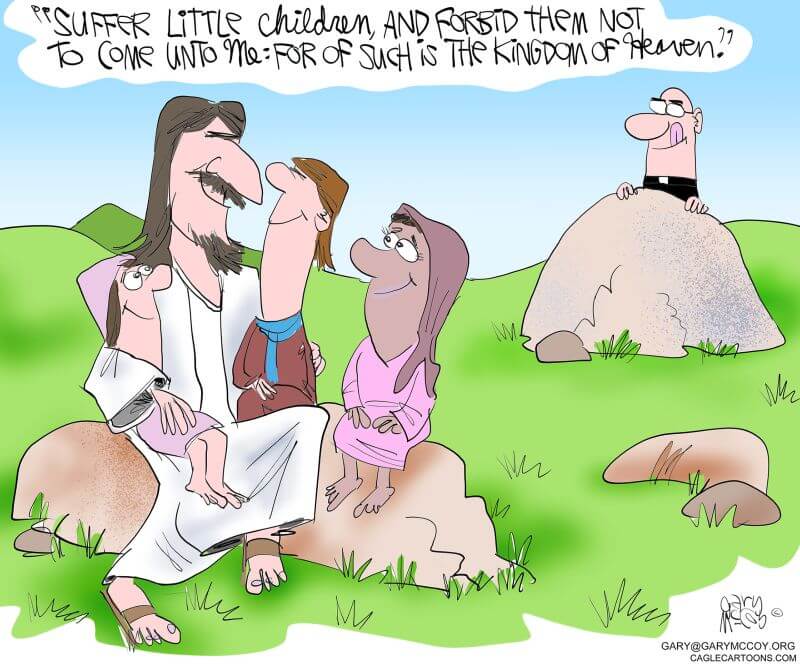 Doing so, said Francis, “is the way to live like a Christian,” while those who gossip and operate in “the logic of insults” live “like a pagan with a spirit of worldliness.”

The pontiff’s comments about the ‘Great Accuser’ echo a similar message that he delivered Tuesday in which he lambasted those who brought accusations of abuse and cover-ups against church officials as doing the work of Satan. 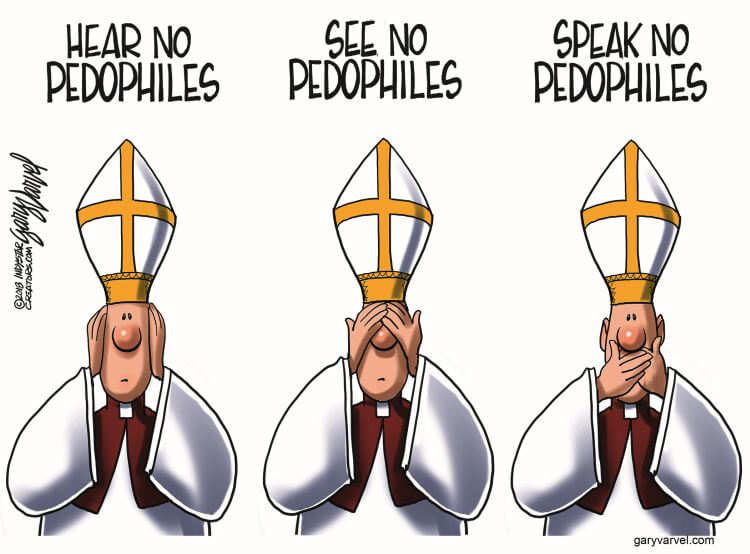 Taken with Francis’ answer of  “silence and prayer” toward those concerned about the scandals, his most recent comments seem to imply that he believes the Christian faithful should not be angry over decades of systemic sexual abuse and cover-ups of which the Vatican had knowledge, but should instead forgive them and be silent. Francis also said that forgiveness and mercy are the only responses that a Christian may have toward others, perhaps forgetting instances of righteous anger that both Jesus and Paul the Apostle displayed toward certain religious leaders.

While the concept of mercy and forgiveness are in line with church doctrine, so too is the concept of holding religious teachers to higher standards as found in the book of James which reads:

“Let not many of you become teachers, my brethren, knowing that as such we will incur a stricter judgment.”

Scripture from the Gospel of Matthew also applies, concerning teachers who harm the young or cause new believers “to stumble.” 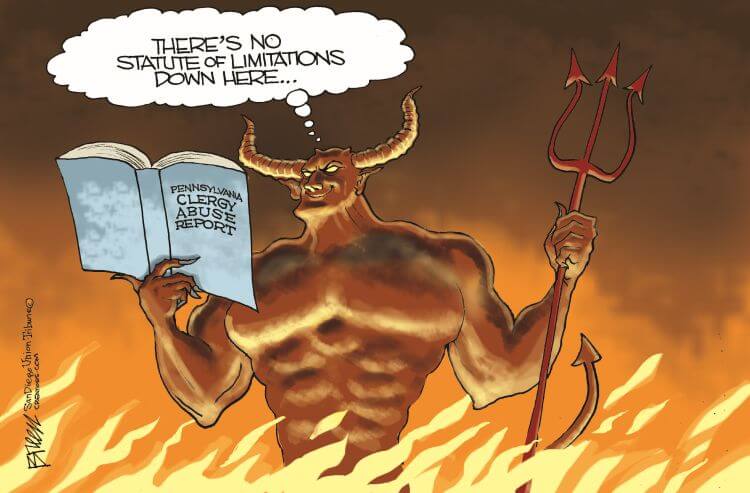 “But whoever causes one of these little ones who believe in Me to stumble, it would be better for him to have a heavy millstone hung around his neck, and to be drowned in the depth of the sea,” reads Matthew 18:6.

Similar verses are found in the Gospels of Mark and Luke as well.

Also pertinent are verses pertaining to the satisfaction of worldly justice alongside the mercy of God, as is also referenced in the Gospel of Matthew.

“Therefore if you are presenting your offering at the altar, and there remember that your brother has something against you,  leave your offering there before the altar and go; first be reconciled to your brother, and then come and present your offering.  Make friends quickly with your opponent at law while you are with him on the way, so that your opponent may not hand you over to the judge, and the judge to the officer, and you be thrown into prison.  Truly I say to you, you will not come out of there until you have paid up the last cent,” reads Matthews 5:23-26.

Nevertheless, Francis admonished the Christian faithful to accuse themselves instead of accusing church leaders implicated in abuse scandals. 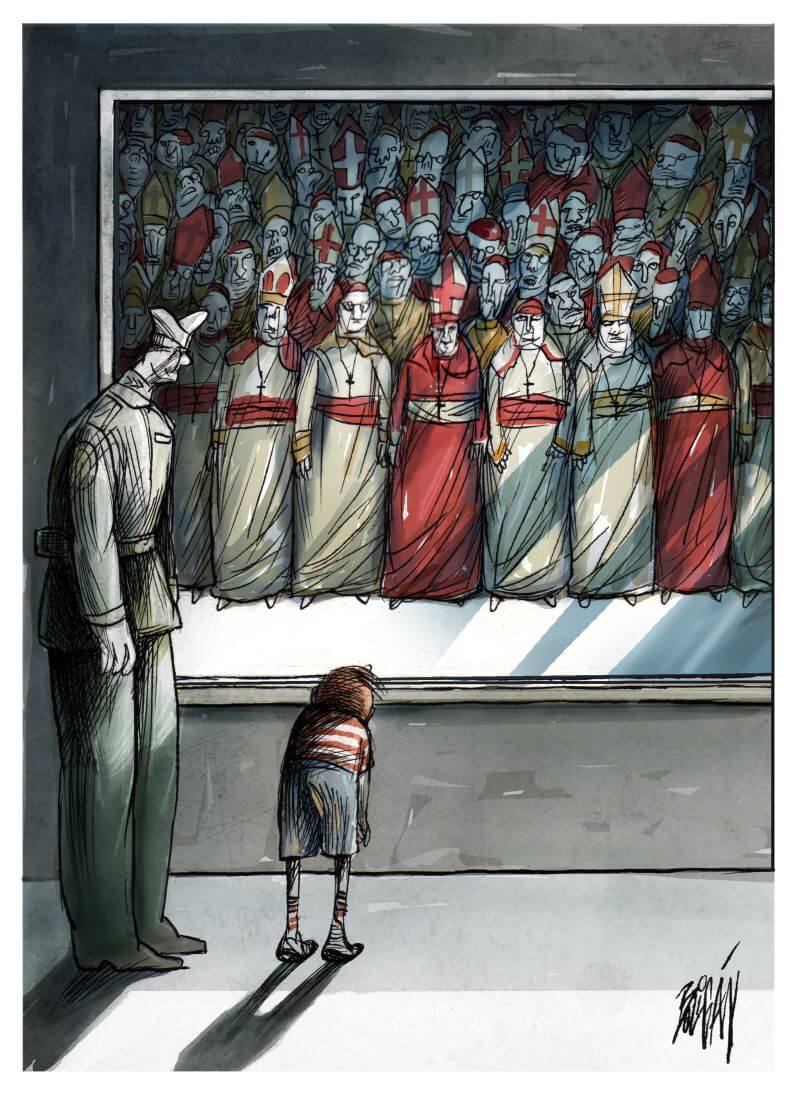 “Yes, accuse yourself. It will do you good. The only licit accusation that we Christians have is to accuse ourselves. For others, there is only mercy because we are children of the father who is merciful,” Francis said.