Visa and Mastercard have cut off a prominent conservative think tank at the request of the Southern Poverty Law Center:

The David Horowitz Freedom Center has had their donation processing system blocked by Visa and Mastercard allegedly following a campaign by the Southern Poverty Law Center.

The David Horowitz Freedom Center stated in a recent email that its ability to accept donations by credit card has been disabled by both Visa and Mastercard following a campaign by the SPLC to label the Freedom Center as a hate group.

This situation comes shortly after Robert Spencer of Jihad Watch was forced off the funding platform Patreon following pressure from Mastercard.

The Freedom Center is the next target of the SPLC, and they are using Mastercard and Visa again in their attempt to shut down conservative voices

In an email sent to supporters, Horowitz outlined how the SPLC had convinced Mastercard and Visa to block the Freedom Center from receiving payments and donations via credit card.

In the email, Horowitz requested that supporters send donations via check to a P.O. Box. 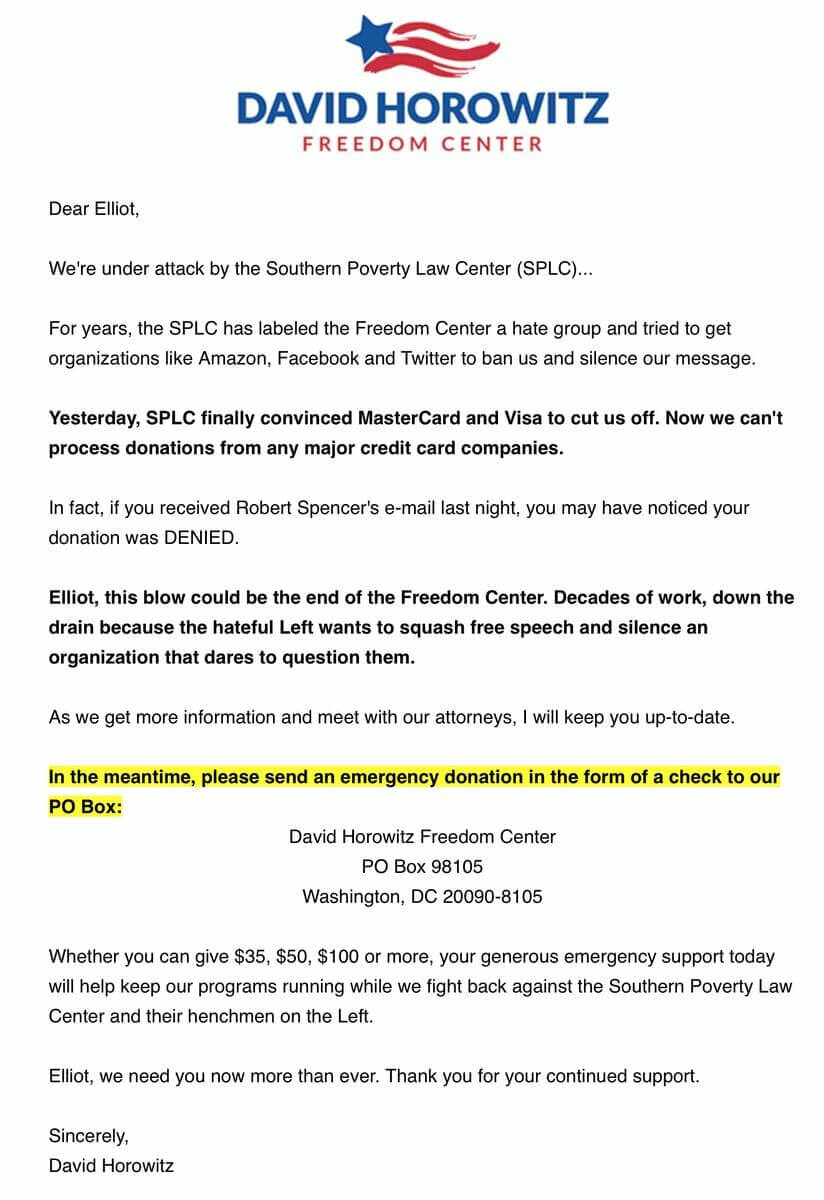 Another example of companies run by Democrats working to silence conservative voices.

This is an outrage.