The meme below brutally compares the allegations against Supreme Court nominee Brett Kavanaugh and DNC Deputy-Chairman and candidate for Attorney General in Minnesota Keith Ellison. 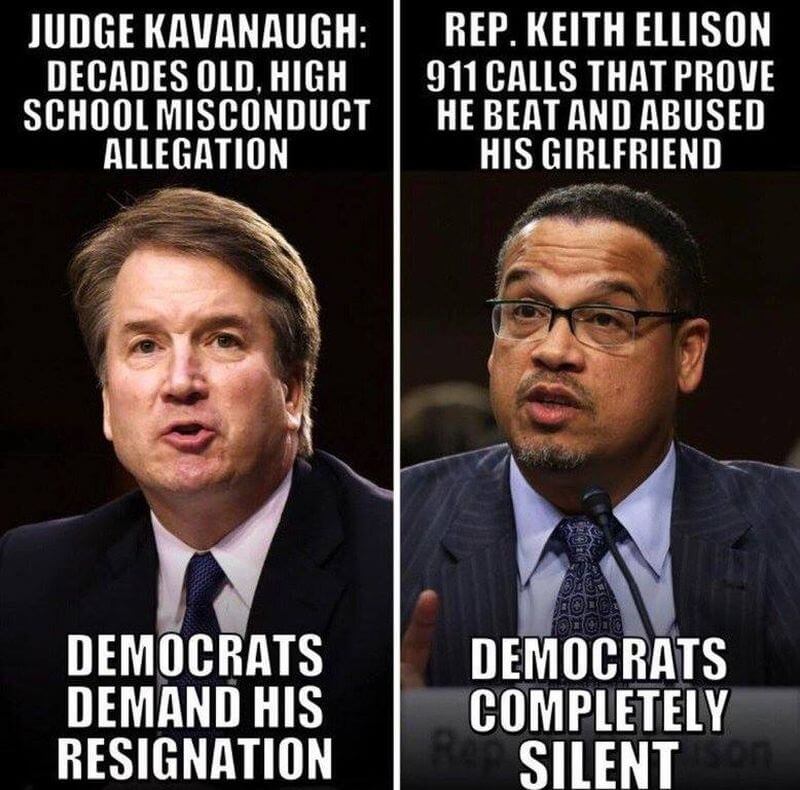 We’re supposed to believe the “survivor,” only when they are going after Republicans.

Few Democratic voters in Minnesota believe that Rep. Keith Ellison abused his ex-girlfriend Karen Monahan while the two were dating, according to a poll released Wednesday.

The Minnesota Star Tribune and Minnesota Public Radio News polled 800 likely voters between Sept. 10 and 12 on the Minnesota attorney general race. In response to a question on whether each voter believed the allegations leveled at Ellison are true, 5 percent of Democrats responded “yes,” 30 percent responded “no” and 65 percent were unsure. 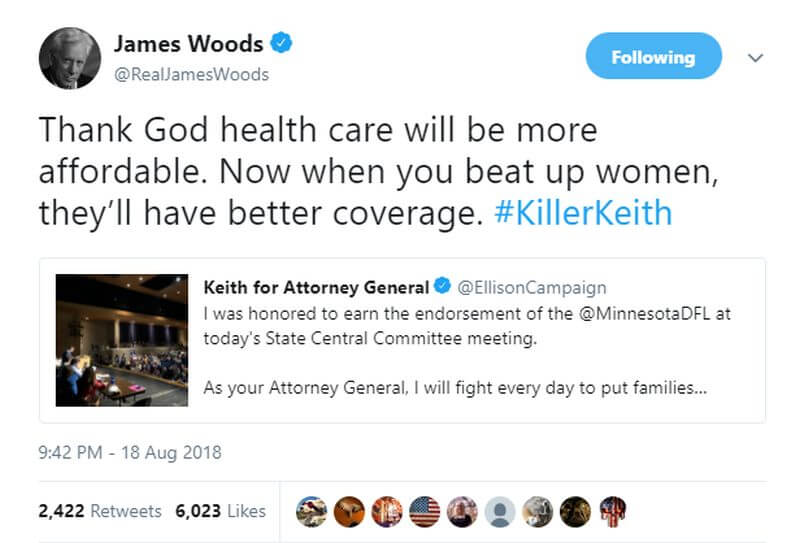 Monahan, an environmental organizer with the Sierra Club, has accused the Minnesota Democrat of emotionally and physically abusing her when the two were dating sometime after Ellison divorced in 2012 until Ellison and Monahan split in 2016.

The poll results could vary by plus or minus 3.5 percentage points.

The Democratic Party has largely ignored the allegations against Ellison, which he denies. Supreme Court nominee Brett Kavanaugh is a different matter, however, and Democratic National Committee Chair Tom Perez has called for an investigation into decades-old allegations that Kavanaugh sexually assaulted someone while in high school.

Monahan posted pictures of a 2017 doctor’s report Wednesday corroborating her story and naming Ellison as her abuser.

“She states that she was in a very stressful environment for years, emotional and physical abuse by a partner with whom she is now separated,” the report reads. “She did not have any physical injuries that required an examination in the past. She identifies the individual she was involved with as congressman Ellison, and she is worried about retribution if she identifies him publicly.”

Key evidence still missing in the ongoing scandal is a two-minute video that is alleged to show Ellison screaming at Monahan while dragging her by her hair. Monahan’s son, who first made the allegations against Ellison in a viral Facebook post, claims to have seen it, yet neither he nor his mother have produced it. Ellison denies it exists.

No, they don’t. I’ve been smeared, threatened, isolated from my own party. I provided medical records from 2017, stating on two different Dr. Visits, I told them about the abuse and who did it. My therapist released records stating I have been dealing and healing from the abuse

I didn’t break my silence for validation or any outcome. I did it for my own internal freedom and to stand w/ other survivors. I have nothing to prove to anyone, I simply shared my story. People can believe it or not. I don’t need anyone to affirm my humanity, I affirmed it.

Monahan complained Monday that Democrats have done more than ignore the charges against Ellison and members of the party have actively tried to silence and discredit her.