A Domino’s Pizza franchisee in Moscow, Russia offered free food for life in exchange for a “logo tattoo” but it backfired immediately as young people lined up at tattoo parlors to take advantage of the deal:

Six students in a row hurried into Konstantin Gonyshev’s small tattoo parlor one day this month with identical requests to ink a domino, and quick.

Days earlier, Domino’s Pizza in Russia had announced a promotion that was supposed to run for two months offering lifelong free pizza to anyone who tatted up with the company’s logo. But that morning, it posted on social media that it was ending the promotion—although those who were being inked right then could still make the midday cutoff.

The company, it turned out, had underestimated how much Russians love free food.

“More than a million people would have come to demand pizzas” if the promotion had last the full two months, guessed 24-year-old Natalia Koshkina, who got a small Domino’s logo tattooed above her left kneecap, just below a skull embellished with roses and butterflies. “After all, this is Russia,” she said.

Bargains and freebies are powerful draws here. The Soviet period—where foodstuffs were often cheap but in short supply—and the economic hardships of the 1990s have conditioned many Russians to pounce on a good deal. A stagnant economy has left average disposable incomes stuck around $500 a month, and Ms. Koshkina said the free pizza would help her put aside a bit of money from her salary working at a piercing and tattoo parlor. “Who doesn’t want free food?” she said. 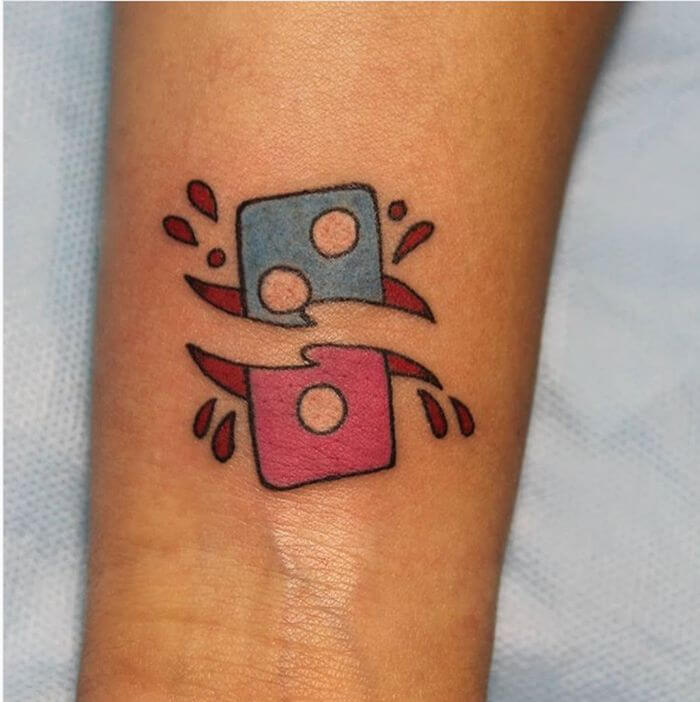 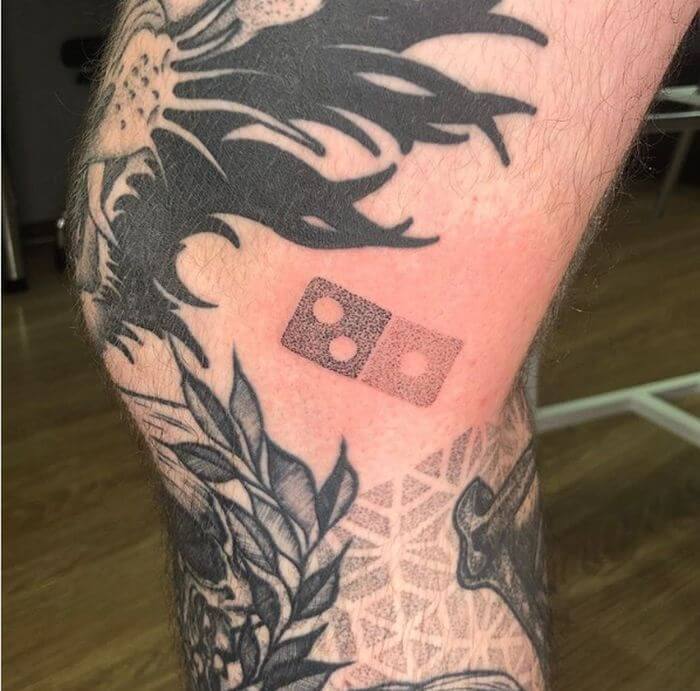 The promotion that was supposed to last two months came to a halt after only four days:

Domino’s announced the launch of its tattoo promotion—named “Domino’s Forever”—on its page on VKontakte, the Russian equivalent of Facebook , on Aug. 31. The conditions were minimal: Applicants should post a photo on social media of a real tattoo in a visible place with the hashtag #dominosforever. They would receive a certificate allowing them to receive 100 free pizzas a year of any size for 100 years, the company said.

Russians hurried to tattoo parlors. Tattoos in Russia have long been associated with criminals, who have used them to depict status in the underworld. But in recent years, they have become part of a broad assimilation of American hipster culture that includes craft beer, skateboards and boutique barbershops.

Many opted for the simple domino of the company’s logo, which tattoo artist Mr. Gonyshev said he offered for 2,000 rubles, or around $30, and took about 10 minutes to ink.

Others wanted it worked into compositions. Mr. Gonyshev inked a cuffed hand holding the logo with the phrase “Prisoner of Freebie,” riffing on a classic “Prisoner of Love” tattoo design. Others put them on pizza slices, skateboards or pizza boxes carried by a Teenage Mutant Ninja Turtle.

On Sept. 3, as the photos piled up on social media, the company tightened the rules: The first 350 people to post photos of their tattoos, which should be at least 2 centimeters in size, would receive 100 medium-size pizzas a year.

The next morning, the company posted a picture of a large stop sign with a message calling an abrupt halt to the promotion, sparking the last-minute rush. Domino’s later said 381 people qualified for free pizza in the four days or so that the promotion was running

Not sure how well this would work here in the USA.

Would you get a Domino’s logo tattoo in exchange for food for like?

Do you think a lot of other people would do it?