One of Christine Blasey-Ford’s ex-boyfriends has come forward and said that she had once coached a friend of hers on how to pass a lie detector or polygraph test: 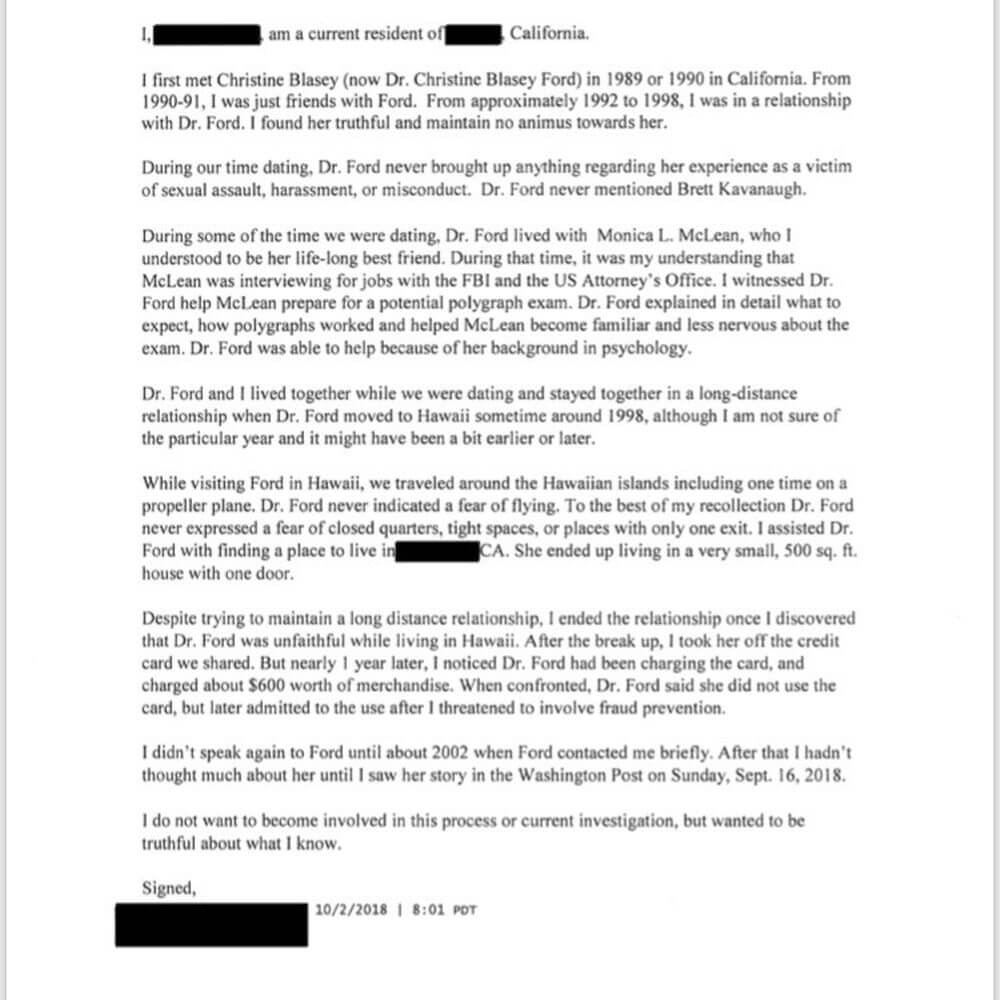 Here’s some background on this:

The letter was first obtained by Fox News’ John Roberts and it began by saying that he “found her truthful and maintain no animus” during their relationship from 1992-1998.

It said, “During that time, it was my understanding that [Ford’s roommate, Monica] McLean was interviewing for jobs with the FBI and US Attorney’s Office. I witnessed Dr. Ford help McLean prepare for a potential polygraph exam,”

“Dr. Ford explained in detail what to expect, how polygraphs worked and helped McLean become familiar and less nervous about the exam. Dr. Ford was able to help because of her background in psychology,” the letter continued.

The anonymous boyfriend also contradicted Ford’s claims that she is afraid of flying and doesn’t like small spaces.