French President Macron blinked and backed down in a dispute with President Trump and the United States over a digital tax that unfairly targets American technology companies:

“French President Emmanuel Macron said on Monday he had a “great discussion” with President Donald Trump over a digital tax planned by Paris and said the two countries would work together to avoid a rise in tariffs.

Great discussion with @realDonaldTrump on digital tax. We will work together on a good agreement to avoid tariff escalation.

The two leaders agreed to the truce after Paris offered to suspend down payments for this year’s digital tax and Washington promised to keep negotiating towards a solution rather than acting on a tariff threat, French sources said.

Specifically, Macron and Trump agreed to hold off on a potential tariff war until the end of 2020, a French diplomatic source said, and to push ahead with broader negotiations at the Organization for Economic Cooperation and Development to rewrite the rules of international taxation during that period.

“They agreed to give a chance to negotiations until the end of the year,” the source said. “During that time period, there won’t be successive tariffs.”

France decided in July to apply a 3% levy on revenue from digital services earned in France by companies with revenues of more than 25 million euros ($28 million) in France and 750 million euros worldwide.

French authorities have repeatedly said any international agreement on digital taxation reached within the OECD would immediately supersede the French tax.

But concerned that the United States would snub the OECD negotiations and proceed with tariffs on French goods, France has offered to suspend until the end of the year down payments on its digital tax that would have been due in April.

“What we’re proposing is to give ourselves time and to show our goodwill, to postpone the remaining payments to December,” a French Finance Ministry source said.

French Finance Minister Bruno Le Maire and Treasury Secretary Steven Mnuchin are due to negotiate the details in Davos, Switzerland, on Wednesday, the source added.

The White House said on Monday both Trump and Macron agreed it was important to complete the negotiations successfully.

Nearly 140 countries are to meet at the OECD at the end of the month to give their backing for the biggest rewrite of international tax rules since the 1920s, to bring them up to date for the digital era.” 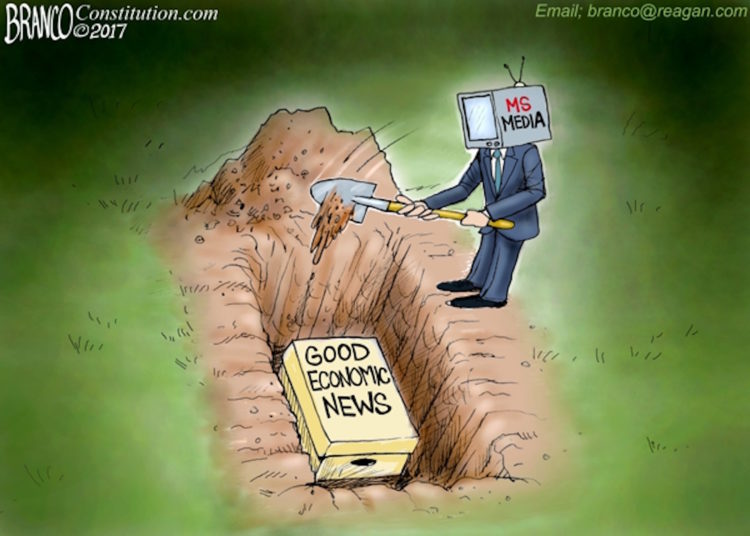 So called world leaders once scoffed and mocked President Trump as an inexperienced leader and a buffoon, but they are not laughing any more.

All in all, pretty good deals for the USA and much improved over the old ones.

If President Trump wins re-election this November the country should be in great shape by 2024.

Otherwise all bets are off.