Senate Minority Leader Charles Schumer (D-N.Y.) lashed out at President Trump’s decision to strip former CIA director John Brennan of his security clearance, arguing the move was driven by “spite and malice” and meant to silence a critic.

“The abuse of the powers of public office to silence critics, punish political enemies is exactly what goes on in dictatorships in banana republics and we’re not one of those, thank god,” Schumer said from the Senate floor.

Schumer was referencing comments from GOP Sen. Bob Corker (Tenn.), who has compared Trump’s decision on the security clearance fight to a “banana republic kind of thing.” …

Schumer added that the action against Brennan, who has emerged as a vocal critic of Trump, was a “gratuitous act of political retribution taken out of spite and malice.”

“It was an attempt to silence critics of the president, something the president regularly tries to do usually unsuccessfully,” he said.

Trump has also threatened to revoke the security clearance of Bruce Ohr — a Justice Department official who has come under fire from Republicans for his links to Fusion GPS, the firm behind a controversial dossier on Trump.

Schumer called such a move “appalling” and “out of bounds,” questioning if Trump would next try to revoke the security clearances of individuals working on special counsel Robert Mueller’s probe into the 2016 election.

Of course, Schumer is a clown, so it was easy for James Woods to put him in his place: 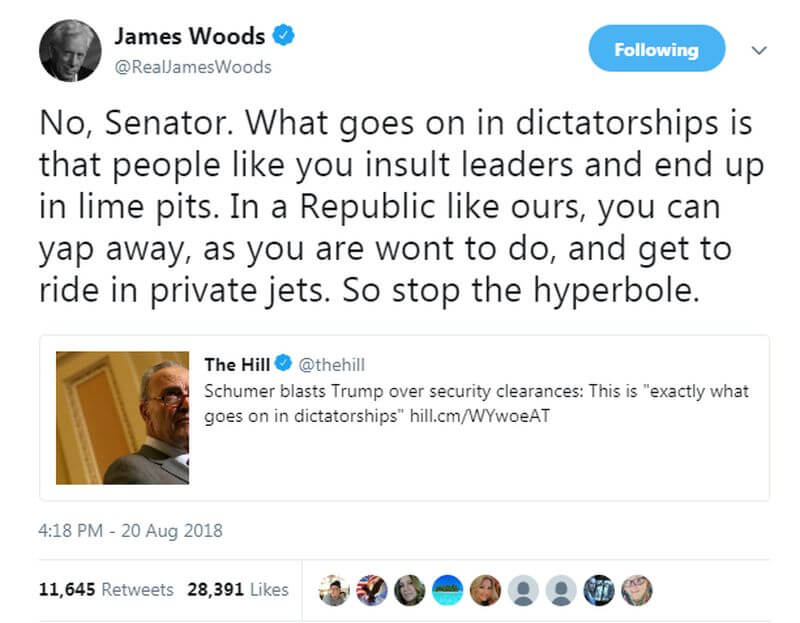 That says it brilliantly!

“No, Senator. What goes on in dictatorships is that people like you insult leaders and end up in lime pits. In a Republic like ours, you can yap away, as you are wont to do, and get to ride in private jets. So stop the hyperbole.”

If Trump truly was a dictator or a Nazi as so many Democrats claim, his opponents and the judges that try to thwart him would disappear in the middle of the night.

Instead Democrats like Chuck Schumer continue to scream hysterically and annoy the heck out of most regular Americans. 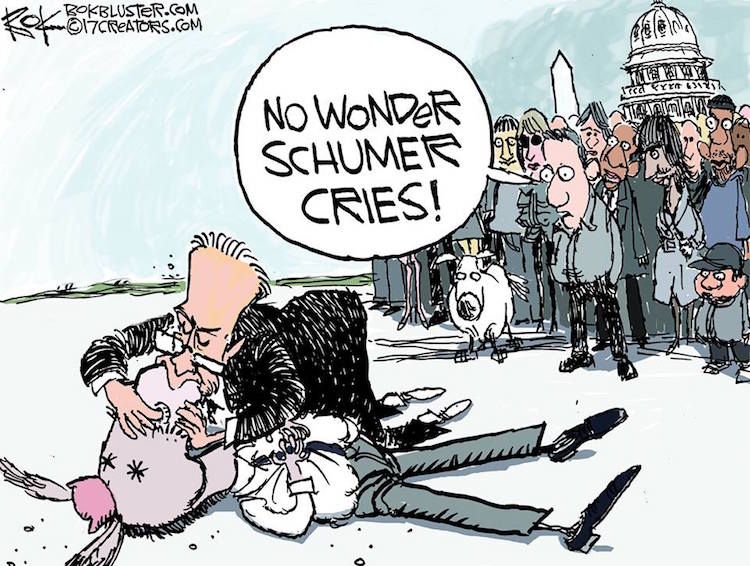 Instead of screaming like stuck pigs Democrats would be much better off coming up with alternative policy proposals and discussing their ideas.

But, guess that’s asking WAY too much!