The three cartoons below brutally sum up the “end game” of the Kavanaugh nomination to the Supreme Court:

First the weapon that Democrats used to try and take out Kavanaugh: 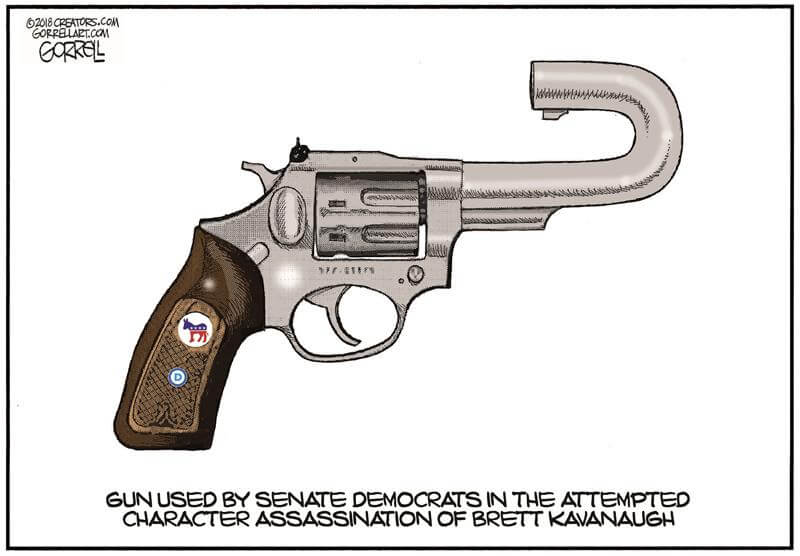 Everything Democrats did to Kavanaugh has come back to bite them, and may cost them the upcoming election.

Then before the vote, Democrats did everything they could to destroy due process and the American system of justice. 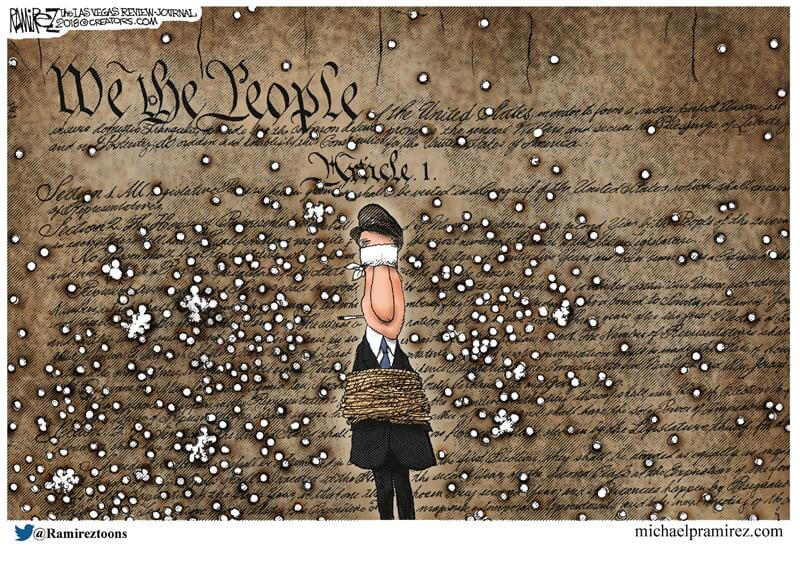 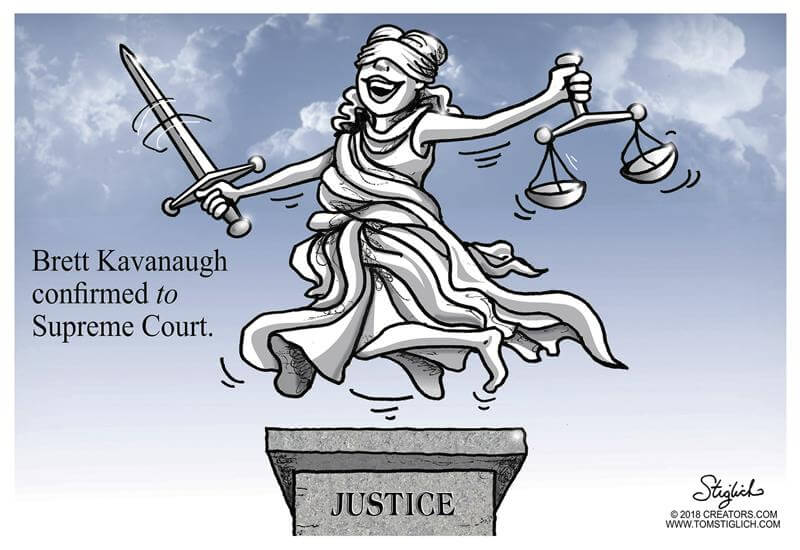 Congratulations to the newest Supreme Court justices and thank you to President Trump for sticking it through, even when things seemed lost.

Of course, even after Kavanaugh’s confirmation the Democrats refuse to stop:

Republican Senator Cory Gardner of Colorado revealed that his wife received a text message with a video showing a beheading, and someone doxxed his family members:

In the wake of his vote to confirm Supreme Court Justice Brett Kavanaugh on Saturday, Republican Sen. Cory Gardner, R-Colo., revealed to Fox News on Sunday that his wife had received a graphic text message with a video depicting a beheading, and that someone has publicly posted the names and addresses of his family members.

Gardner announced his support for Kavanaugh in July, and reaffirmed it after reviewing the supplemental FBI report into uncorroborated sexual misconduct allegations against him.

Late last month, Gardner received a letter from an anonymous individual apparently in Denver, alleging that Kavanaugh had “shoved” someone up against a wall “very aggressively and sexually” during an outing in 1998 in front of four witnesses. The allegation was later deemed not to be credible.

“Every victim of abuse, assault, and violence has been through an unspeakable tragedy and we need to do a better job listening to them, ensuring support is available, and fighting to end abuse of any kind,” Gardner said in a statement prior to receiving the graphic text messages. “I hope that the partisan divide we all feel today does not hinder the people that have bravely come forward.”

Kavanaugh, his wife Ashley, and his accuser Christine Blasey Ford have also all received numerous death threats in recent days.

These vicious threats have to stop. This cannot be the new normal—there is absolutely no place for violence in our political discourse. Democratic leaders need to denounce this behavior. https://t.co/SRjDwdGval

Instead of inciting violence against conservatives, Democrats in Congress should be condemning it. https://t.co/inp5pfLwGj

The party of Kathy Griffin. https://t.co/eQLygsn9JP

A hardcore @SenSanders and @TheDemocrats supporter / leftist tried to assassinate @SteveScalise so what makes you think they won’t go after family? By any means necessary to many on the left.

When you’ve lost the discussion pic.twitter.com/ueWy0hTmdN

These ‘people’ have had a fixation with removing enemies heads since Robespierre and The Reign of Terror.

Why is it that the crazy Marxists must satiate their Devil worship with a blood sacrifice? pic.twitter.com/nN9P3fKplB

When will the violence, and threats of violence from Democrats end?