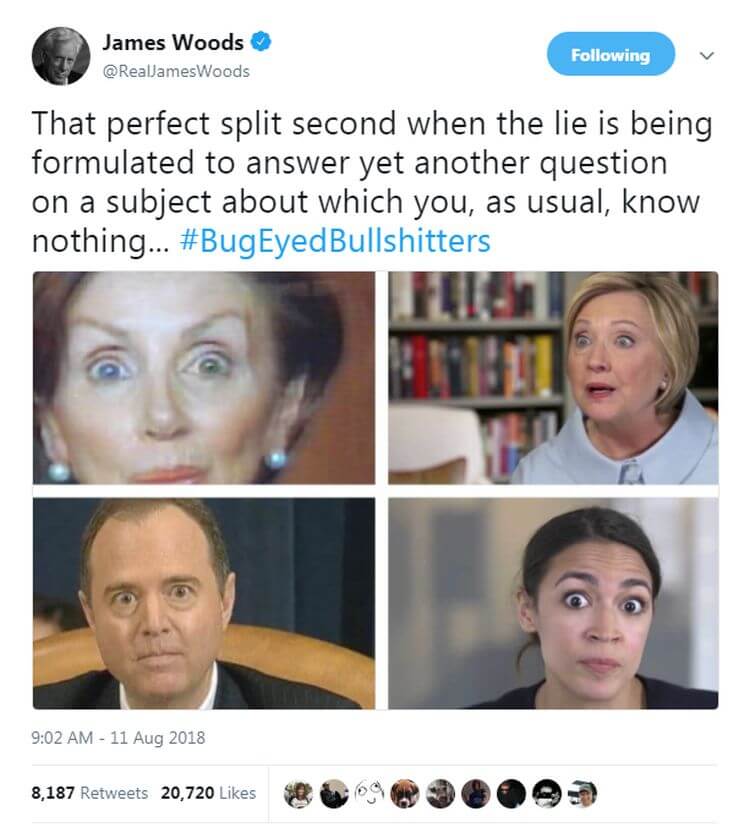 Boom, James Woods for the WIN!

Speaking of Nancy Pelosi and her lying eyes, every once in a while the mask slips…

Pelosi said during a press conference in El Paso, Texas that people who “have a completely positive view” of immigrants should vote for Democrats in the hopes of giving “leverage” to people who cross the U.S. border illegally.

“We are not going to be able to get it done under the Republican leadership in Congress,” Pelosi said of immigration reform. “We believe that we will have leverage when we win in November. And why is that important?”

“Because it gives leverage to every family, to every mom who courageously brought her child across the desert to escape, to escape death, rape, gang violence and the rest,” she continued. “Because it gives hope, because of the leverage it gives to families who may have followed dad home for a family funeral and now can’t come into the country. As all of those injustices have to be corrected”

This is truly despicable, and EXACTLY why NO ONE should vote for Democrats this November, or ever!