Michelle Obama said that people around the world believe that her husband, former President Obama, is the president of the world.

The former first lady made the comments last week at the Obama Foundation Summit at the Illinois Institute of Technology.

“There’s power in the selection of Jackson Park,” she said, PJ Media reported. “Barack and I don’t do things incidentally. I mean, there’s a strategy.

“Barack’s presidential library could have been anywhere in the world,” she continued, “because there are so many people who feel like he is their president all over the world. New York wanted it.

“Hawaii wants it, because it’s also an economic engine. It will be a visited presidential library, because it’s going to be alive, it’s a first.

“It will be a resource. And what better place to put it than in our backyard. Jackson Park is like that juxtaposition of everything in our lives,” she said.

Imagine the ego one has to have to believe that their husband, a former president, is the president of the entire world.

But that is what it appears that the former first lady has said and, judging by her statement, it appears to be what she believes.

The comments came at the same event where she said that white people are running from black people.

“As people doubted us coming through — ‘Are you Princeton material? Can you really make the grade?’ Can you cut it?’” she said.

“What do you do in those instances? All you can do is put your head down and do the work and let the work, your truth, speak for itself,” she said.

“I can’t make people not afraid of black people. I don’t know what’s going on. I can’t explain what’s happening in your head,” the former first lady said.

It is presumptuous to assume that every white person is afraid of black people, but she takes it further by saying white people run from black people.

“But maybe if I show up every day as a human, a good human, doing wonderful things, loving my family, loving our kids, taking care of things that I care about.

“Maybe, just maybe that work will pick away at the scabs of our discrimination. Maybe that will slowly unravel it.

“That’s all we have,” she said. “Because we can’t do it for them, because they’re broken. Their brokenness in how they see us is a reflection of this brokenness. And you can’t fix that. All you can do is the work.”

“Being the first black first family gave America and the world [the chance] to see the truth of who we are as black people, as others.

“That we are just as, and often times better than, many of the people who doubt us,” she said at the Obama Foundation Summit in Chicago.

“And you’re still running because we’re no different than the immigrant families that are moving in,” she said, omitting the world “illegal.” 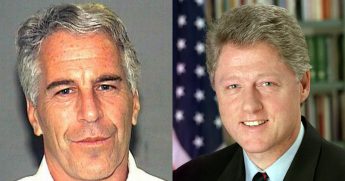 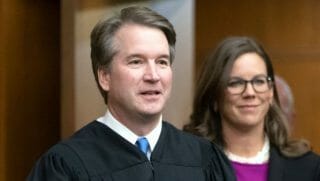 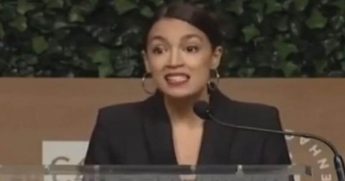 Ocasio-Cortez Could Be Packing Her Bags, Forced to Leave Congress After 2020 Census Is Released 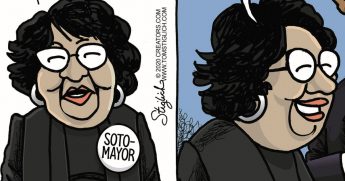 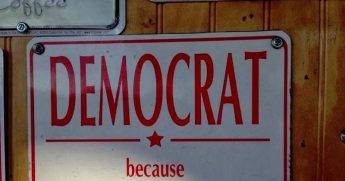 “Why I’m a Democrat” Sign Brilliantly Explains the Rise of Bernie Sanders, "Better Than Working" 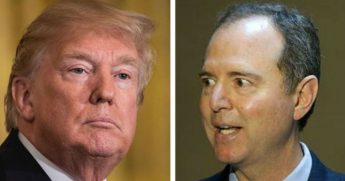 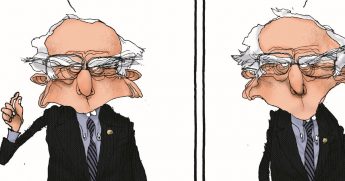