Members of the Honduran migrant caravan have arrived at the border and they did not get the warm welcome they wanted.

Not only was the red carpet not rolled out for them by America, Mexicans on the other side of the border engaged in fights with the new migrants.

President Donald Trump warned them not to come and told them there would be consequences, but they did not listen.

Now they are facing the consequences of their actions at the hands of the United States Border Patrol, Fox News reported.

More than a dozen members of the migrant caravan were arrested Wednesday night along U.S.-Tijuana border, a border patrol source in the San Diego sector told Fox News.

Separately, a fight broke out Wednesday night in Tijuana between local Mexicans and Hondurans arriving in the caravan. The migrants complained that the locals were yelling: “Go home. We don’t want you here!” Members of the caravan complained to reporters that local police made no attempt to break up the fight. 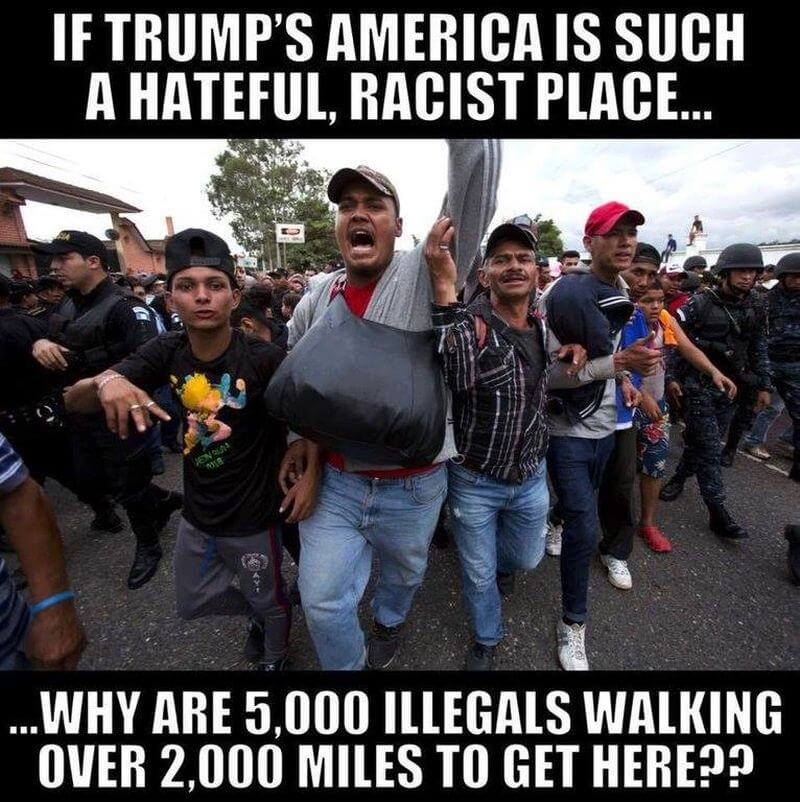 The developments come as more than 2,000 members of the caravan – which has made international headlines for the past month and added fuel to the already heated immigration debate – are expected to arrive at the border on Thursday. Hundreds of migrants began arriving at the border this week.

About two dozen migrants wrapped in blankets are camped out next to the border fence near the ocean. Others have crammed into already overcrowded shelters or are sleeping in tents.

Some migrants said they were waiting for others members of the caravan to arrive to figure out their next steps.

“We have to see what we’re offered, just so they don’t send us back to our country,” said Jairon Sorto, a 22-year-old Honduran who arrived by bus Wednesday.

Sorto said he would consider staying in Tijuana if he could get asylum from Mexico. He said he refused to consider Mexico’s offer of asylum in the southern part of the country because it was too close to Honduras and he felt unsafe from his country’s gangs.

U.S. Defense Secretary Jim Mattis, meanwhile, visited U.S. troops posted at the border in Texas and said the deployment of military personnel ordered by President Donald Trump provides good training for war, despite criticism that the effort is a waste of taxpayer money and a political stunt. Most of the troops are in Texas, more than 1,500 miles from where the caravan is arriving.

The first wave of migrants in the caravan, which became a central theme of the recent U.S. election, began arriving in Tijuana in recent days, and their numbers have grown each day. The bulk of the main caravan appeared to still be about 1,100 miles (1,800 kilometers) from the border, but has recently been moving hundreds of miles a day by hitching rides on trucks and buses.

About 1,300 migrants in a second caravan were resting at a Mexico City stadium where the first group stayed several days last week. By early Wednesday, an additional 1,100 migrants from a third and last caravan also arrived at the stadium.

Like most of those in the third caravan, migrant Javier Pineda is from El Salvador, and hopes to reach the United States. Referring to the first group nearing the end of the journey, Pineda said, “if they could do it, there is no reason why we can’t.”