This evidence shows President Trump is innocent of any wrongdoing regarding business interests he may have had in Russia during the election.

Here’s what we know per Real Clear Politics via Powerline:

Mueller omitted the fact that Cohen did not have any direct points of contact at the Kremlin, and had resorted to sending the emails to Vladimir Putin’s general press mailbox. Sources who have seen this omitted information say it undercuts the idea of a “back channel” and thus the special counsel’s collusion case.

It quotes an August 2017 letter from Cohen to the Senate intelligence committee in which he states that Trump “was never in contact with anyone about this [Moscow Project] proposal other than me.”

This section of Cohen’s written testimony, unlike other parts, is not disputed as false by Mueller.

Also notable: Mueller did not challenge Cohen’s statement that he “ultimately determined that the proposal was not feasible and never agreed to make a trip to Russia.”

The Moscow tower project never went anywhere because Cohen’s contact, Felix Sater, a Russian immigrant with a checkered past who was a longtime Cohen associate in New York real estate, didn’t have the pull with Putin he claimed to have.

“Though Cohen may have lied to Congress about the dates,” one Hill investigator said, “it’s clear from personal messages he sent in 2015 and 2016 that the Trump Organization did not have formal lines of communication set up with Putin’s office or the Kremlin during the campaign. There was no secret ‘back channel.’”

But that hasn’t stopped rampant and unfounded speculation about a comeuppance for President Trump by some media figures and Democrats.

Well into the 2016 campaign, one of the president’s closest associates was in touch with the Kremlin on this project, as we now know, and Michael Cohen says he was lying about it to protect the president,” said CNN anchor Wolf Blitzer.“

“Cohen was communicating directly with the Kremlin,” Blitzer added.

So it seems Mueller is trying to “get” Trump at any cost.

Regardless of the facts. 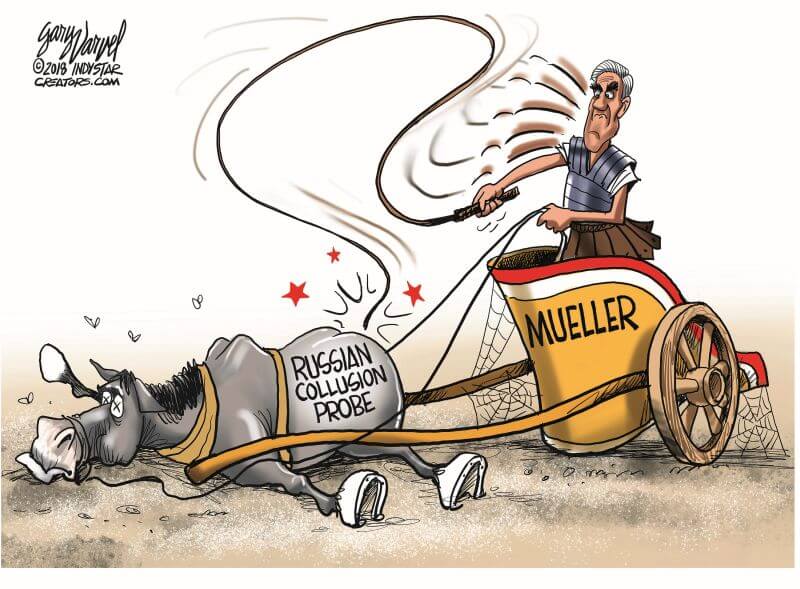 Mueller is also willing to withhold information, lie and more in pursuit of his nefarious goal.

Otherwise why would he hide information that shows the President is innocent?

The President should now force Mueller to put up proof he’s guilty of Russian collusion, or the Special Counsel’s office should be shut down.