The “North Korea” tweet about the Trump / Kim summit in Singapore today below has social media buzzing: 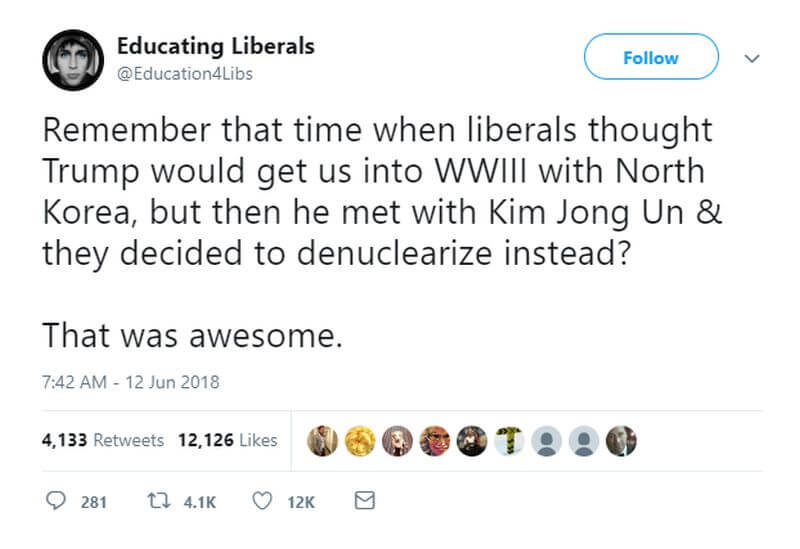 The Democrats were claiming that Trump was going to get us into WWIII over North Korea yet the historic summit today shows how little they know.

On today’s edition of “Morning Joe” the hosts had an on-air meltdown over the Trump / Kim summit in Singapore, with one guest even going so far as to say “just because something hasn’t happened before, doesn’t mean it’s historic.”

To describe the shows hosts as “glum” is an understatement:

Glum is a word that described the reaction on MSNBC to the North Korean summit. With an annoyed tone, the Morning Joe hosts of Tuesday mocked the chances for success in the summit between Donald Trump and Kim Jong-un. MSNBC guest Jon Meacham even denied that the summit was “historic.”

Talking to Joe Scarborough, the Time contributing editor whined: “Just because something hasn’t happened before, doesn’t mean it’s historic. That’s one thing. I think when you call something historic, it means it has a good chance of having lasting implications. And I think it’s very unclear, at least to my layman’s eye, that this does that.”

Scarborough was downright bitter in his reaction to the summit. 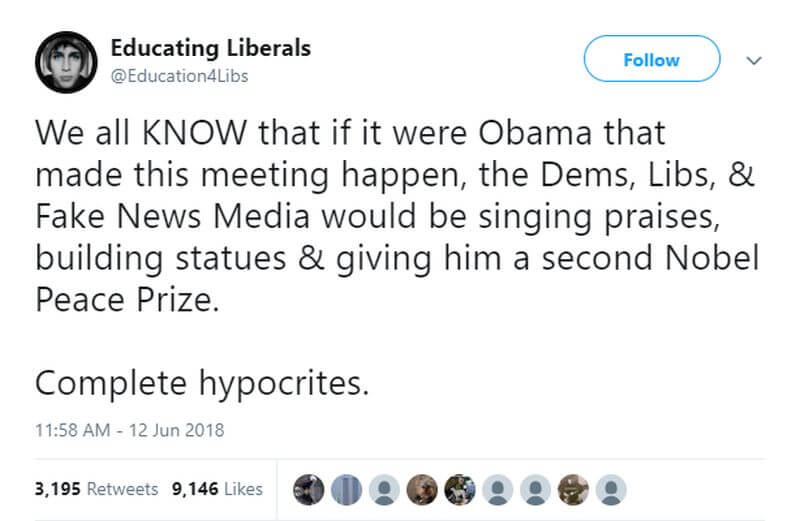 At least other media outlets didn’t go as far as MSNBC in trying to downplay the significance of the Trump / Kim summit.

MSNBC and the hosts of “Morning Joe” are so deep into the pit of Trump hate that they can’t even give credit when it’s so obvious even ABC, CBS and NBC had to admit it.

To the producers over at MSNBC, good job, keep it up. We appreciate the help you’re giving our side!