Our favorite socialist superstar Alexandria Ocasio-Cortez is at it again. This time she put her foot in her mouth and came out looking like an ignorant fool.

She claimed that Jeff Bezos is the richest man in the world is ‘predicated on the fact that his workers take food stamps so I’m paying for him to be a billionaire’ the Daily Mail reports.

Karl asked her if a progressive candidate won the election, could someone like Jeff Bezos still become a billionaire? Ocasio-Cortez has made clear her opposition to people becoming billionaires.

‘I spend less time thinking about Jeff Bezos and more time about warehouse workers,’ she said about her wish for them to make living wages, have guaranteed healthcare and be able to send their children to college tuition-free.

She said the amount Amazon workers are paid is ‘certainly part of the equation’. …

‘When you have a very large workforce and you underpay every single person and then you also participate in taking billions of dollars of government subsidies, that could be part of it,’ the New York Democrat told This Week.

‘Whether Jeff Bezos is a billionaire or not is less of my concern than if your average Amazon worker is making a living wage, if they have guaranteed health care and if they can send their kids to college tuition-free,’ she said Sunday.

‘And if that’s the case, and Jeff Bezos is still a billionaire, that’s one thing.’

As usual Ocasio-Cortez basically lied about Amazon and what it pays their workers, to create a narrative and promote her socialist ideas.

Bezos did not get where he is by allowing people like AOC to smear him and his company so he fired back on Twitter.

“@AOC is just wrong. Amazon is a leader on pay at $15 min wage + full benefits from day one. We also lobby to raise federal min wage” the company wrote.

.@AOC is just wrong. Amazon is a leader on pay at $15 min wage + full benefits from day one. We also lobby to raise federal min wage. https://t.co/crWp5fPEzS

Look at the tough little socialist loudmouth. You are a hateful and uninformed wench. A moronic Robin hood who believes that capitalism is bad and that every good and all the money should be distributed to all, whether or not you earned it. #sashayawayaoc https://t.co/YA6GJFxGz6

Walmart and Amazon have been raising wages to compete for employees.

In 2015 Walmart raised wages … did Bernie cause that too?

Every morning you will hear roosters crow … they are not causing the sun to rise pic.twitter.com/leGCK8NDZZ

US wages are highest in the world for knowledge workers (US doctors make 2-3X UK doctors despite same student debt level) – key is to get more of the US population upskilled so they can demand higher wages. Amazon engineers can make up to $1 million. pic.twitter.com/FpBJNloZiY

Alexandria Ocasio-Cortez, the gift that keeps on giving…to Republicans! 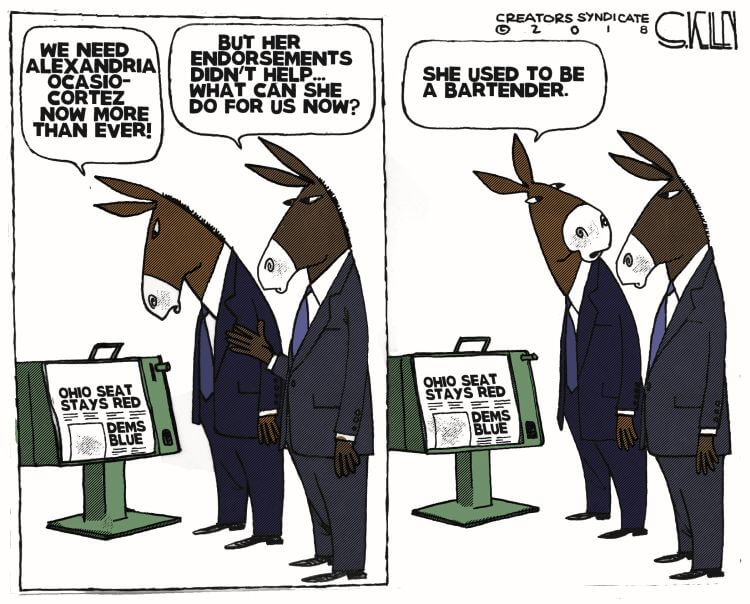