You have to admire Alexandria Ocasio-Cortez-Stalin (D-NY).

While most Democrats support radical income redistribution and growing the powers of government, they still won’t admit to their obvious Socialist tendencies (at least for now).

Yes, I’m looking at you Nancy Pelosi and Chuck Schumer. Your applause Tuesday night when President Trump said, “America will never be a socialist nation” isn’t fooling anyone.

At least AOC is blunt about being a dirty Commie. She won’t hide behind applause (heck, she never applauds!).

Well, she just went full Communist on us, folks. I mean unadulterated, straightforward, “the gulags really weren’t that bad” kind of Communism.

Here’s the screenshot from the FAQ page of AOC’s website dealing with her new “Green New Deal”: 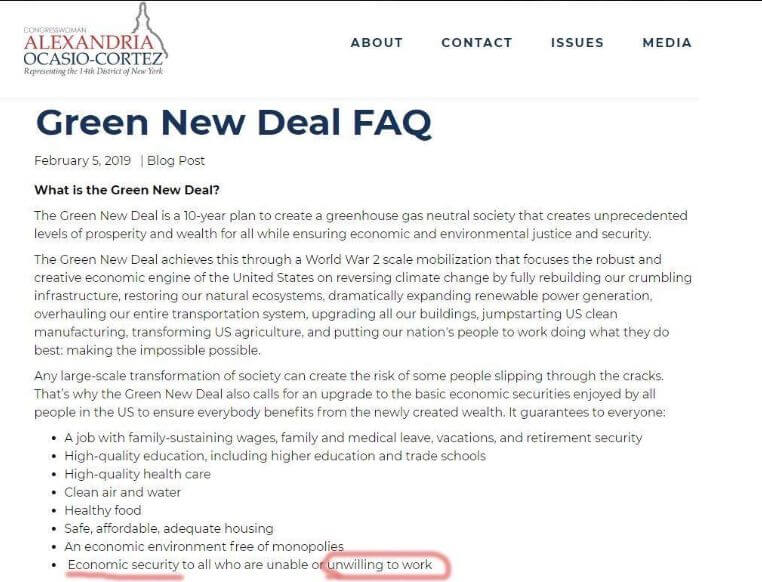