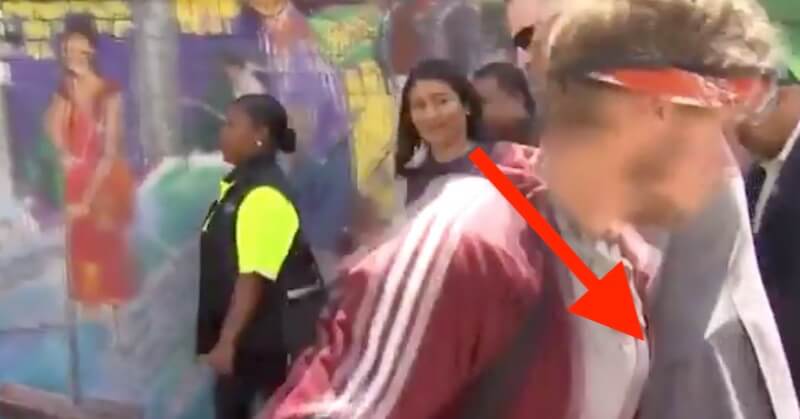 San Francisco’s new mayor is quite literally up to her hips in poop.

The leftist city is drowning in a sea of human feces and London Breed – who was just sworn in to the top job at the city – is stunned that her leftist city has become a shit-ridden hellscape.

She sat down for her first interview as mayor and said that the homeless population need to learn basic sanitation and human decency.

“I work hard to make sure your programs are funded for the purposes of trying to get these individuals help, and what I am asking you to do is work with your clients and ask them to at least have respect for the community — at least, clean up after themselves and show respect to one another and people in the neighborhood,” Breed told the Investigative Unit, referencing her conversations with nonprofit groups aimed at serving the homeless, NBC Bay Area reports.

The interviewer asked her if there should be harsher penalties for people who defecate or litter on the city streets and she would only say that it’s up to the non-profits who serve the homeless to educate them on how not to crap on the sidewalk.

Seriously, folks … is that really necessary.

San Francisco’s budget on housing and services for the homeless now stands at $280 million – a 40 percent jump in just five years. But the number of homeless in the city – about 7,500 – has not changed.

San Francisco is expensive, but one would think they could do better than that, right?)

In addition to money spent directly on the homeless, they spend $65 million every year on street cleaning.

It’s pretty bad out there – not even counting all the poop. The mayor took an impromptu stroll and a camera caught a homeless person prepping a needle.

#SanFrancisco Mayor @LondonBreed tours the reality of the city first hand on an afternoon stroll. The man in the video preps a needle as the mayor walks by. @nbcbayarea pic.twitter.com/Ziq0JwS8wF

“I don’t think that the city is poorly spending what it already has,” Breed said.  “I spend a lot of time on Fillmore Street. I see the people who are part of a program, out there power washing. They’re out there doing what they can to keep the community clean, almost every day, and then right after they leave, maybe an hour or two later, the place is filled with trash again.”

Chronic homelessness is a problem, but certainly San Francisco is approaching it exactly the wrong way.