As we reach the end of 2019 we start to see the year end summaries, person of the year, who died, and of course new terminology that supposedly is part of the growing vernacular. Here is a list compiled by Reuters. Warning: they will make your head hurt!

“Author J.K. Rowling became the latest person to be “canceled” on Friday in a row over transgender rights after the action signifying online outrage took off in 2019, along with terms such as “girly swot” and “eco-anxiety.”

Rowling, the creator of Harry Potter, was both blasted and praised for backing a tax expert who was sacked over a tweet in which she wrote that people cannot change their biological sex.

Dress however you please.
Call yourself whatever you like.
Sleep with any consenting adult who’ll have you.
Live your best life in peace and security.
But force women out of their jobs for stating that sex is real? #IStandWithMaya #ThisIsNotADrill

The surge in the use of “canceled” over the year came alongside increasing discussions over “flight shaming” and the use of “they” as a singular pronoun.

Here are seven terms that took off in 2019 in relation to climate change as well as women’s and LGBT+ coverage:

Celebrities from Kanye West to Bill Gates have been “canceled” in 2019 as the internet expressed outrage at their actions or political views and vowed to withdraw support for the stars. The move, however, rarely results in real-world ramifications for superstars.

Oxford Dictionaries, a collection of online dictionaries produced by a publishing house of Oxford University, declared climate emergency its word of the year after seeing its usage soar more than 10,796%. Researchers said this demonstrated a shift in the way people were talking about the climate.

U.S. dictionary Merriam-Webster picked the singular use of “they” to describe someone who does not identify as male or female as its word of the year. It said searches for that use of the word had increased by more than 300% this year.

British actress Emma Watson made headlines in November when she told Vogue magazine she was happy to be single as she neared her 30th birthday, adding: “I call it being self-partnered.” The term went viral, both praised and ridiculed, even though the actress later said it was just “a throwaway comment.”

If society was kinder to single women, and our associations with the word “single” were more positive, there wouldn’t be any need for Emma Watson to coin a phrase like “self-partnered.” So stop shaming her for it, writes @HolstaT for @CNNOpinion https://t.co/xYZmNx6Fk8

Taking off in Sweden, home of teen climate activist Greta Thunberg, the term “Flygskam,” translated as “flight shame,” was coined in reaction to shifting attitudes towards air travel and the drive to reduce carbon emissions. Thunberg refuses to fly to events and other travelers are looking for more climate-friendly travel options. 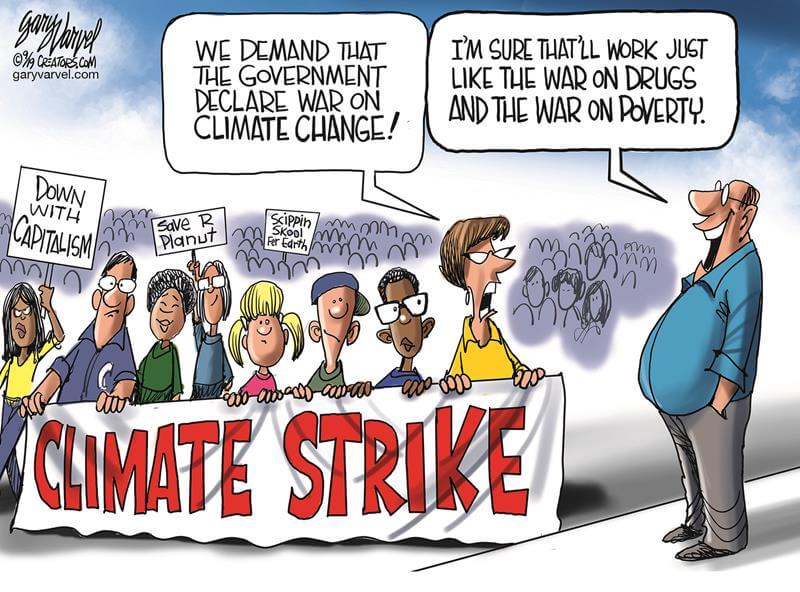 Oxford Dictionaries recorded a 4,290% increase in the term “eco-anxiety” in 2019, particularly among young people. The American Psychological Association defined eco-anxiety as “a chronic fear of environmental doom,” while mental health studies from Greenland to Australia revealed a surge in people reporting stress or depression about the impact of climate change.

Have I Got News for You: Steph McGovern jibes at Boris Johnson with ‘#GirlySwot‘ jumper https://t.co/89f8f93JLt

It is amazing how someone makes an off the cuff comment and the terms get embraced by the masses. Thousands of women have jumped on the self-partnered and girly swot bandwagons. Are women really so victimized that they have to redefine the term “single” or adopt a silly brand name for describing themselves as great women?

And let’s not overlook climate related terminology. Far be it for me to question anyone’s anxiety but, honestly, aren’t the media and progressive liberals promoting fear and shame over just about everything from climate change to racism to sexual identity.

I think I have anxiety over the stupidity of this list and fear over the folks that embrace and promote these terms.