The Democrat Party has had a stranglehold on the black vote for decades, but President Donald Trump is putting that in danger.

Eventually, no matter how many media voices you have telling people one thing, those people start to see the truth.

And the truth is that the Democrats have taken the black vote for granted for decades, ignoring the issues that face many black voters.

In President Trump some of those voters see someone who says what he means and means what he says.

That is why former NFL player Jack Brewer, who raised funds for former President Obama, is on board the Trump train.

“There is an awakening going on right now in the country,” he said of the perennial lock Democrats have had on the black vote.

“I’m going to take the guy who’s actually putting in the policies that are going to make life better for my young black son and my young black daughter, versus somebody who gives me lip service — like, unfortunately, the Democrats have done for our community for years,” he said.

Black unemployment is at the lowest point it has ever been in the United States, 5.5 percent, and President Trump is seizing on this unique opportunity.

Last month in Atlanta the president launched his “Black Voices For Trump” coalition to court black voters that, let’s face it, have been ignored by Republicans.

The phenomenon of prominent black voters coming to President Trump has been happening since the president announced his bid for The White House in 2016.

With voices like Diamond & Silk, CJ Pearson, Candace Owens and, most recently, pop superstar Kanye West, black voters are a sleeping giant that could bite the Democrats.

After decades of abuse and, as Brewer said, “lip service,” they see a president who has actually taken tangible action to improve their lives.

“The Democrats have let you down,” the president said in Atlanta. “They’ve dismissed you. They’ve hurt you. They’ve sabotaged you for far too long.”

He is correct. The only way to keep impoverished voters voting for you is to keep them destitute. If they need your financial assistance, they have to vote for you.

At least that appears to many people to have been the Democrat strategy for maintaining its lock on black voters.

“Three polls in November showed Mr. Trump’s job-approval rating among black voters in the 30% to 35% range, a significant increase over other surveys that have generally shown black voter support of less than 10%,” The Washington Times said.

“If you look at how they attacked him for being a racist during the [2016] campaign, I think his policies have [produced] results for the black community that have been extraordinary,” a Trump campaign official said.

“One thing the president’s done is to try to govern for everybody. Even those who didn’t vote for him in the last election are now seeing a lot of results in their communities, and we’re seeing the poll numbers amongst all those groups grow in a way that creates a lot of opportunities,” one adviser said.

President Trump got eight percent of the black vote in 2016, which is decent for a Republican. But Brewer sees a new awakening on the horizon.

“Donald Trump will get over 20% of the black vote,” he said. “That is what’s going to win the election. Why? Because there hasn’t been a Republican to even try to go in and talk to the black community. They don’t go there. They don’t even try. I think he’s trying, finally.”

We should not get too excited too quick.

We know the Democrats are going to call him a racist every chance they get, and their media allies will echo those baseless claims. We know that because that has been happening to every Republican who has run for president for, minimum, 60 years. 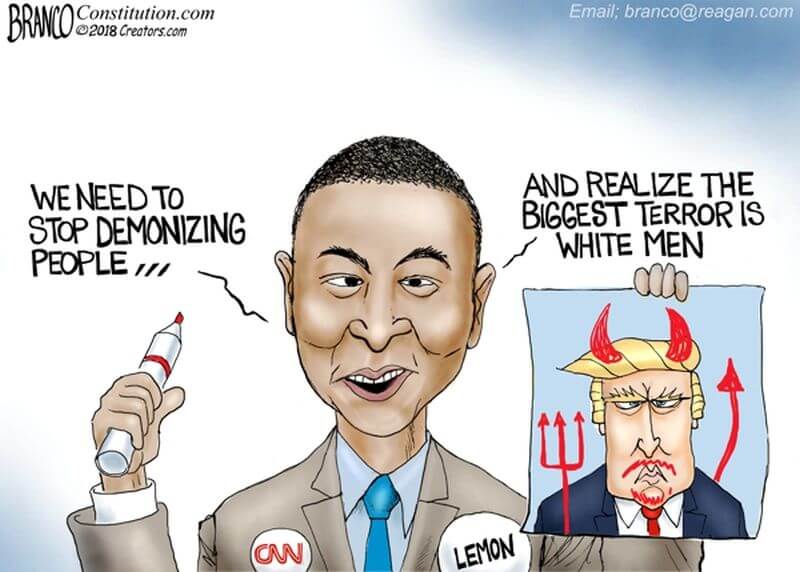 But what if? What if the president even got to 12 percent of the black vote? That is a gigantic number and one that could spell curtains for the Democrats, not just in 2020 but for a long time to come.

And if you do not think Democrats sense that, think again. They are not fighting to bring illegal aliens in because they want to be humanitarians. They want them in because they are plan B.