The son of music legends John Lennon, of the Beatles and Yoko Ono had some words for the current Democrats that triggered them.

Sean Ono-Lennon said that he loved what the Party used to be about, but that is has become a bunch of people that are offended by everything.

“When I was young the most interesting people were left-wing intellectuals. Believe it or not,” he said on Friday.

When I was young the most interesting people were left wing intellectuals. Believe it or not.

The statement had others comment that they still are the most interesting people, but Ono-Lennon disagreed.

“No we’ve become the church lady as person below says. It’s embarrassing. We’re offended by comedy and science. It’s pathetic,” he said.

No we’ve become the church lady as person below says. It’s embarrassing. We’re offended by comedy and science. It’s pathetic.

He is correct. They are anti science to the point where they think a baby, born alive, is not a human lie if the mother does not want it.

They believe that there are any number of genders and that you are whatever race or gender you say you are.

They want every opposing viewpoint silenced, to the point that they will use force to injure and maim those who disagree with them.

But that did not stop many of those same liberals from being offended by what the son of the Beatles legend had to say, but many agreed.

Your post makes me feel less alone. Today's "intellectuals" are masters of twisting people's words against them. Can we maintain true North if it means losing our income, friends and place in society?

Political correctness is fascism dressed up as manners, this is the root of the problem on the left.

I am not on the left, but I agree. They understood satire and the power of humor to make a point. Nowadays they don’t get irony, it’s all name calling, unimaginative, designed to shut people up rather than stimulate debate. 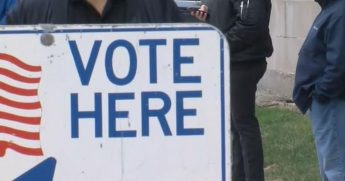