The immigrant woman, Therese “Patricia” Okoumou,  who was arrested after climbing the Statue of Liberty last month spewed a hate filled anti-American rant outside of court:

The immigrant rights activist who ruined July 4 for tourists visiting the Statue of Liberty when she scaled the green lady and forced the icon’s evacuation, was in Manhattan federal on Friday pushing for a no-jail guarantee from a judge — and then promptly spewed an anti-American message outside court.

Therese “Patricia” Okoumou climbed onto Lady Liberty’s right foot, causing an emergency evacuation of the monument on one of the busiest days of the year.

The 44-year-old had to be saved by specially trained officers — who were in court on Friday. One of the US Park Police officers even shook Okoumou’s hand as she left the courtroom.

Her lawyer, Ron Kuby, asked a judge to determine ahead of trial if he will sentence Okoumou to jail time before she will take a plea deal — something federal judges must do in certain misdemeanor cases, Kuby argued.

“If I can receive an assurance from the court that my client would not go to jail,” Kuby said, his client would agree to a plea.

Manhattan federal magistrate Judge Gabriel Gorenstein said he wanted both sides to submit written motions on whether he should decide ahead of trial if he will sentence her to prison time.

Outside court, Kuby said Okoumou’s “non-violent civil disobedience…should not be penalized with a jail sentence. That should be rewarded.”

Okoumou wore a green dress with the words, “I really care, why won’t u?” written on it – an apparent reference to the “I really don’t care, do u?” jacket worn by Melania Trump.

Outside court dozens of supporters cheered on the Republic of Congo born woman – who is a naturalized citizen — and she chanted to the crowd, “America you mother f–kers! You drug addicts! You KKK! You fascist USA.” 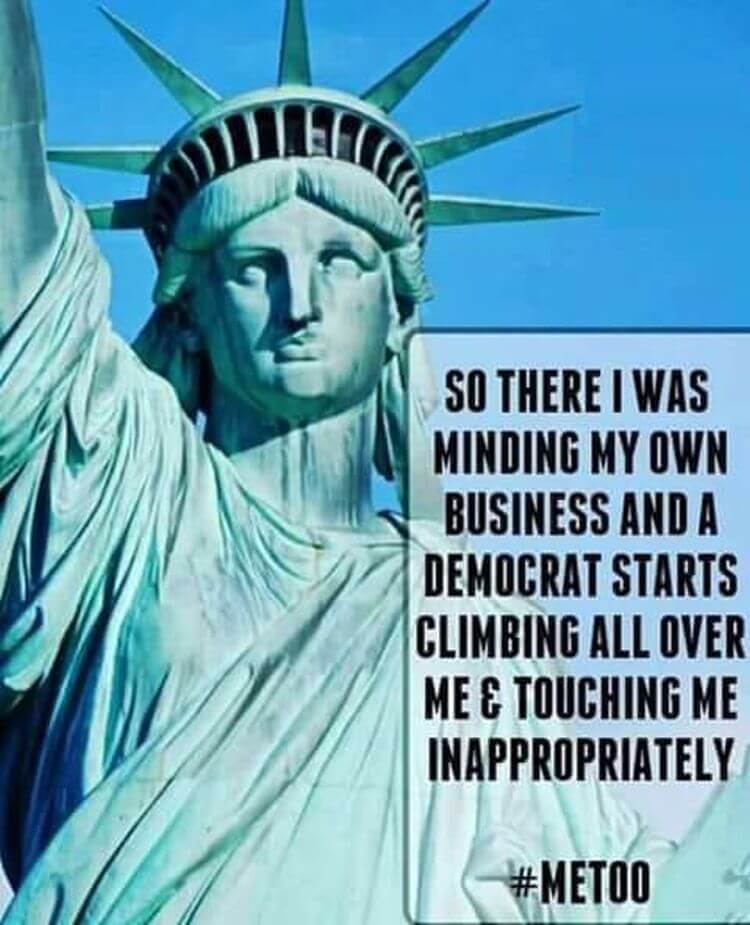 What a vile despicable woman who should truly go back where she came from since she hates our country so much.

Surrounded by supporters, including fellow members of the group Rise and Resist, the 44-year-old Okoumou called for this morning’s hearing to request a preliminary determination as to whether the judge intends to impose prison time.

Okoumou pleaded not guilty on July 5 but faces a possible 1.5-year sentence if convicted on three charges against her: trespassing, disorderly conduct and interfering with agency functions.

“There is, however, a special rule in the Federal Rules of Criminal Procedure that governs what we call petty offense, and that rule not only permits but requires the judge to make a preliminary determination as to the possibility of a jail sentence,” civil rights defense lawyer Ron Kuby told reporters outside the courthouse.

Calling her “Our Lady of Liberty,” Kuby said Okoumou’s protest was in line with “literally the highest traditions of nonviolent civil disobedience, captivating the attention of the world on America’s most special day to bring to the world’s attention the plight of immigrant children.”

Supporters of Okoumou, who is a U.S. citizen, meanwhile called for the charges against her to be dropped.

“Return the Children,” they chanted, referencing the Trump administration’s separation of thousands of families at America’s southern border. 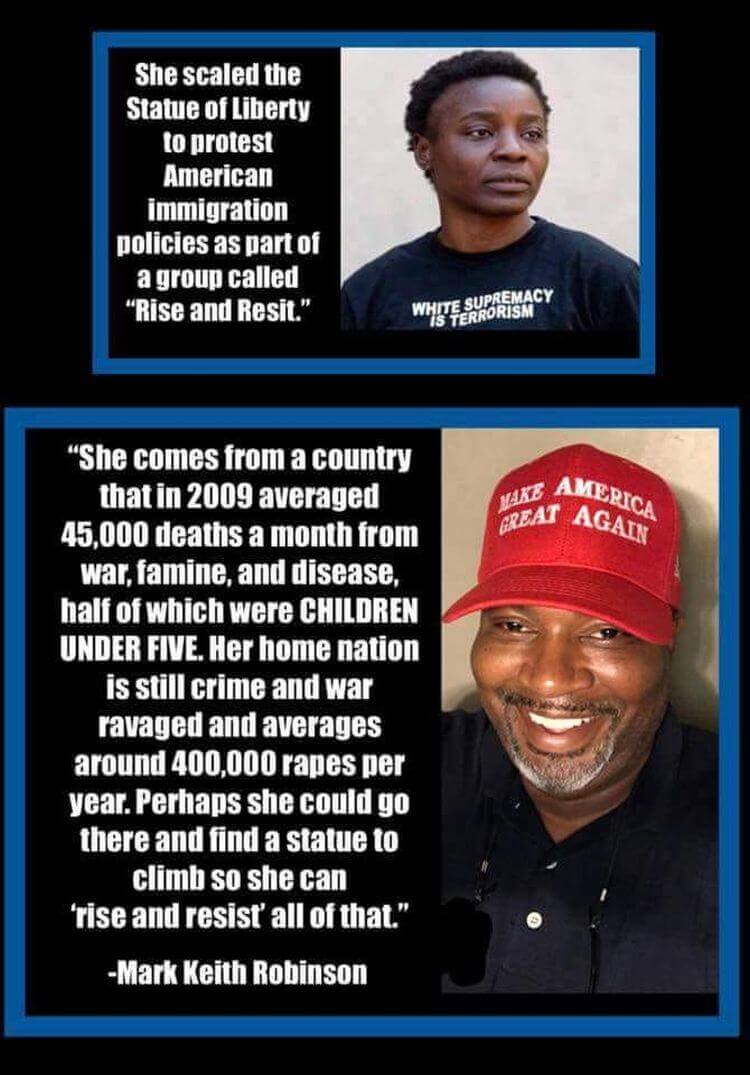 It’s things like this that turn the American people away from the Democratic party.