Democrats and their media allies are pushing hard for Congress to include a $15 minimum wage in the so called covid “relief” package.

This is a dumb idea as minimum wage is meant for 16 years olds on their first job. It’s the bottom of a ladder, and if you are trying to raise a family on minimum wage, that is on you.

Here in three cartoons is EXACTLY why a $15 minimum wage is a very, very bad idea: 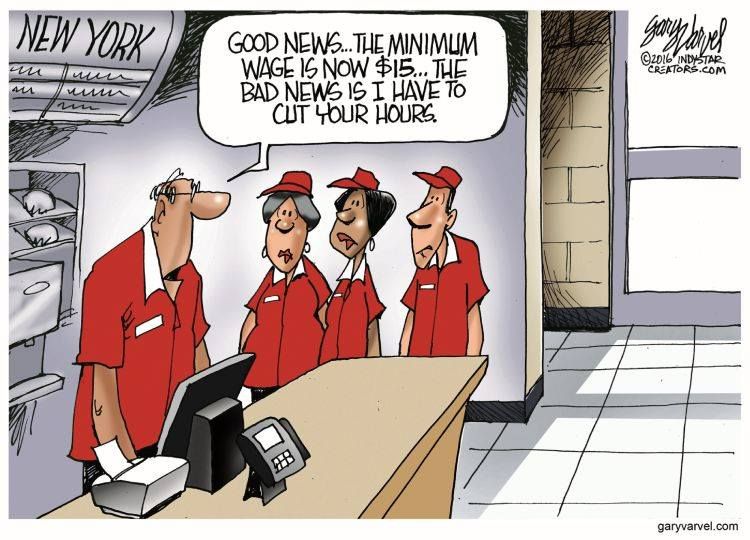 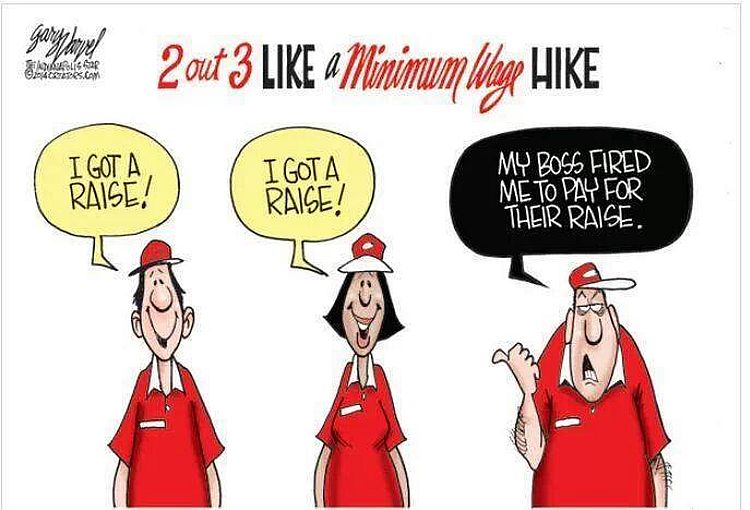 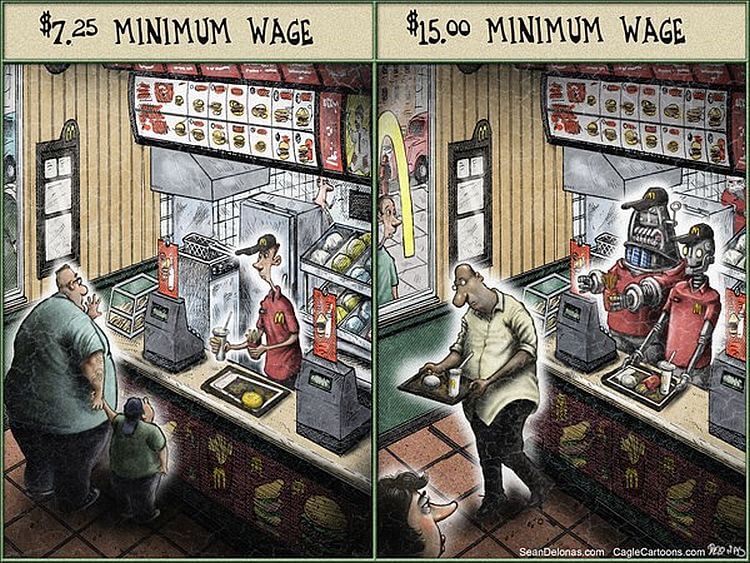 Plus a bonus cartoon that shows how the $15 minimum wage will impact struggling small businesses: 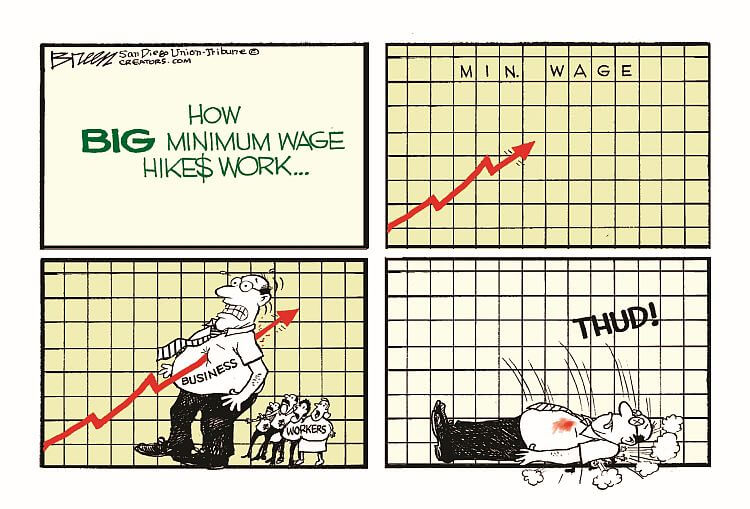 And that folks is what you can expect should Dems succeed in raising the minimum wage.

That said, if Dems insist on moving forward with this very dumb idea, here’s a better alternative:

On Thursday, President Joe Biden’s administration suffered a huge blow after their attempts to insert a $15 per hour minimum wage hike into the next COVID-19 relief package was ruled against by the Senate parliamentarian, based on the fact that the Byrd Rule prevents certain types of legislation from being included in budget-related bills.

Many argued that Vice President Kamala Harris holds the Constitutional power to override that decision, but the White House made clear that they’re not interested in using that controversial move for this bill. What they didn’t say is that they’ll likely use it when it really counts.

The news hit hard for Americans who were sold on the promise of higher wages and forced the Biden administration to backtrack to some degree, promising that the administration would still push to make the federal wage hike happen in the near future.

But according to the Washington Examiner, Republican Sen. Josh Hawley seemingly capitalized on the situation on Friday, announcing his support for a $15 per hour minimum wage, but with one clear exception and quite honestly, it’s not only brilliant, but it makes common sense.

Hawley proposed that the minimum wage be increased to $15 per hour only at businesses that have yearly revenues of $1 billion or more, which are essentially the only companies that can afford such a massive jump in wages without cutting jobs or going out of business.

Hawley’s plan is in stark contrast to Biden’s, which would raise wages to that amount for the mom & pop diner down the street who are already struggling because of a year’s worth of COVID-19 shenanigans. A wage increase like that would cut jobs in the best-case scenario, but would ultimately lead to the end of thousands of small businesses that are struggling to make it right now.

“For decades, the wages of everyday, working Americans have remained stagnate while monopoly corporations have consolidated industry after industry, securing record profits for CEOs and investment bankers,” the senator said in a statement. “Mega-corporations can afford to pay their workers $15 an hour, and it’s long past time they do so, but this should not come at the expense of small businesses already struggling to make it.”

Hawley’s approach would not only make sense (and should gather bipartisan support) but it would also compliment another proposal he’s working on called the “Blue Collar Bonus,” which would provide relief to workers making less than the median wage of $16.15 per hour with a tax credit. The credit would be “worth 50 percent of the difference between the median wage and the worker’s hourly wage rate.”

While most conservatives are not in favor of hiking the minimum wage — especially during a global pandemic — Hawley seems to be truly reaching across the aisle with a commonsense approach to making it happen, if it ultimately has to happen.