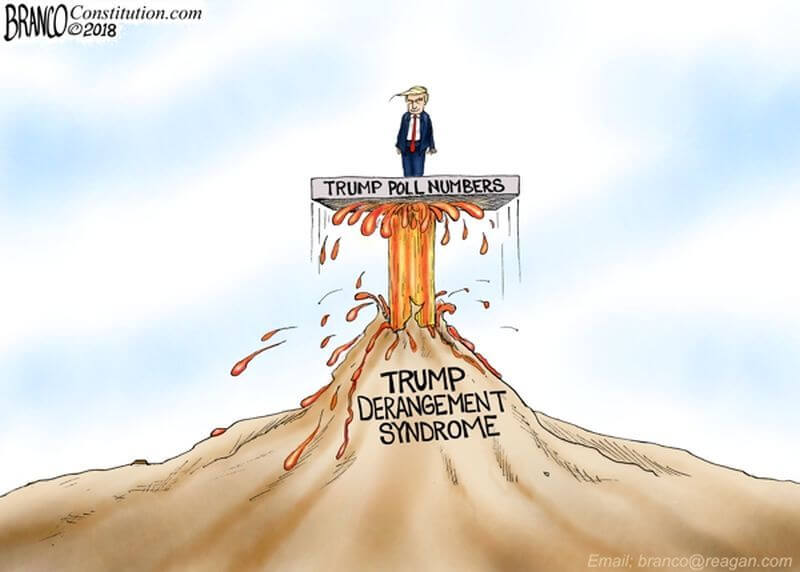 Ha, does that about sum it up?

Every time the left goes insane with rage over some innocous thing Trump does, the faster his poll numbers rise.

A vandal completely destroyed President Donald Trump’s star on the Hollywood Walk of Fame with a pickaxe Wednesday morning.

Police say a man pulled the pickaxe from a guitar case around 3 a.m. and began hacking Trump’s star on Hollywood Boulevard, leaving it completely destroyed, according to ABC 7.

Authorities have not released a description of the suspect, but the man reportedly was the one who contacted the police about the crime and later turned himself in.

Nothing left of @realDonaldTrump Walk of Fame Star after vandal attacks it with a pickaxe at 3:33 a.m. @LAPDHQ says it’s investigating. Witness says man had axe in guitar case. #Trump @HollywoodArea pic.twitter.com/g204g87lZW

Witness David Palmer told NBC4 that he was stunned to see the vandalism on Hollywood Boulevard.

“I’m like, ‘Why are you hitting that star? What did Donald Trump do to you?’” Palmer said. “Then he went around the corner and I think he left.”

The suspect will likely face jail time or probation and will have to pay for the damages.