This week marks one year since the end of “net neutrality.” Remember when Democrats everywhere were telling us that would mean the death of the internet? Very scary!

Here are two tweets from Senate Democrats that they probably wish would just go away: 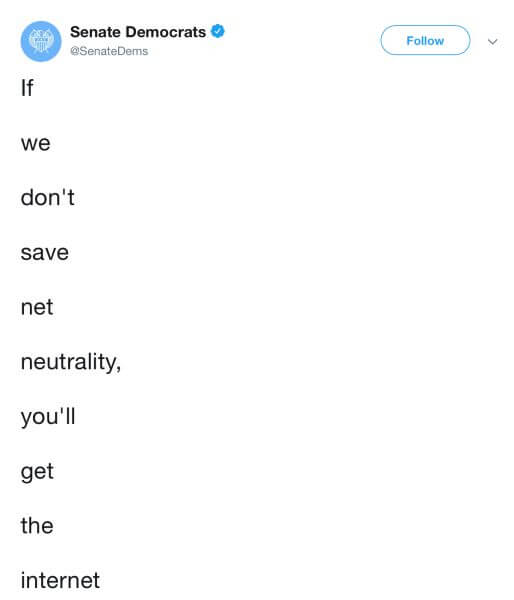 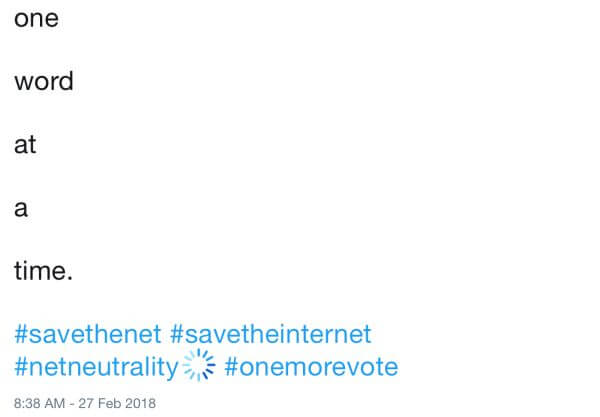 But what, there’s more!

This week is the one-year anniversary of the end of “net neutrality.” Liberals warned that it would be the end of the internet! My God, it will be like going back to dial-up at 9,600 baud! …

1 year plus and . . . Internet speeds up 40%, more fiber broadband built out than ever before, 6X increase in high-speed small cells, and U.S. now leading the world in 5G builds. https://t.co/McvXwcp3kA

But never fear. I’m sure that liberals will get socialism right the next time they try it out on us. It’s not like we have to worry that they might learn something from their epistemic closure.

I recall those dark days before June 2015 when I had to read everything one word at a time.

Hard time had befallen our lands.

You’re lying.. what I don’t know is if you’re smart enough to realize it — or just being useful to the high-tax, big-govt, big-regulation left. https://t.co/xMmkeuloyH Educate yourself on #NetNeutrality

Oh yea well, you’re lying by calling them a liar! 😝 “big-regulation left” this and that, but reality is #NetNeutrality has been an issue for decades. I’m a stupid millennial and even I know that. 🤣😂🤪https://t.co/TJ0Zabc3yJ #OneMoreVote is about protection for everyone.