During an interview with “Pod Save America” host Jon Lovett, New York Democratic Socialist and “future of the Deocratic party” Alexandria Ocasio-Cortez was asked for details as to how she would pay for her programs and ideas. 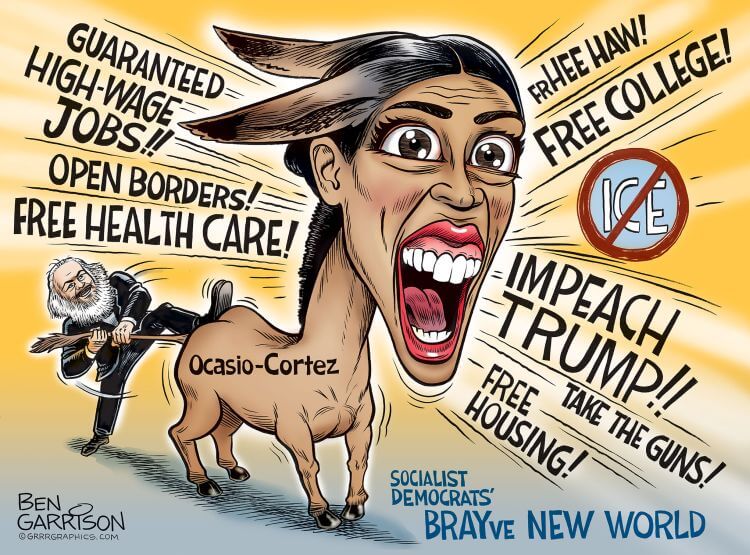 What she said next, basically that she had no idea how to pay for things, is why everyone is laughing at her today:

Lovett prompted the descent into puffery and sound and fury signifying nothing by stating:

We don’t talk about what defense costs; we’re about to hit a trillion dollars in debt because of the corporate tax cuts; yet when we talk about pre-K, healthcare, college, suddenly it’s unrealistic because of the cost. And it’s not just bad faith Republicans that make that argument; you hear it from Democrats as well. What’s your response to that?

That makes it abundantly clear.

She continued, “It’s that we… you know they say, ‘How are you going to pay for it?’ as though they haven’t used those same ways to pay for unlimited wars, to pay for trillion dollar tax cuts and tax cut extensions. They use these mechanisms to pay for these things all the time.”

What “same ways”? What “mechanisms”?

Ocasio-Cortez waxed eloquent with more brilliantisms: “They only want to know — it just seems like their pockets are empty when we’re talking about education and investing in human capital in the United States: education, healthcare, housing, and investing in the middle class.”

It would seem the students who want to game the system by getting college education for free are the ones with empty pockets while in her dreams the adults in the room have to ante up, and what she means by “investing in the middle class” is anyone’s guess, but she had more:

All of a sudden, there’s nothing left. All of a sudden the wealthiest nation in the world, we’re just totally scarce. We have complete scarcity when it comes to the things that are the most important.

She might want to visit socialist Venezuela for a look at “complete scarcity” of things that are most important, such as food.

Ocasio-Cortez continued, “And so for me, I think it belies a lack of moral priority and it’s unfortunate.”

As opposed to making others pay for your dreams, which used to be called stealing.

While this is funny, what’s not funny is that a huge chunk of Democrat voters actually take this woman seriously.