Leftists and Democrats (same thing) keeping telling us that when it comes to climate the sky is falling and unless the USA throws it’s economy into a roaring volcano to appease the gods, the world will end in short order.

Yet, it seems we keep hearing the same message of doom and gloom time and time again from the left over the decades.

Here is 50 years of climate alarmism brutally summed up by one hilarious cartoon: 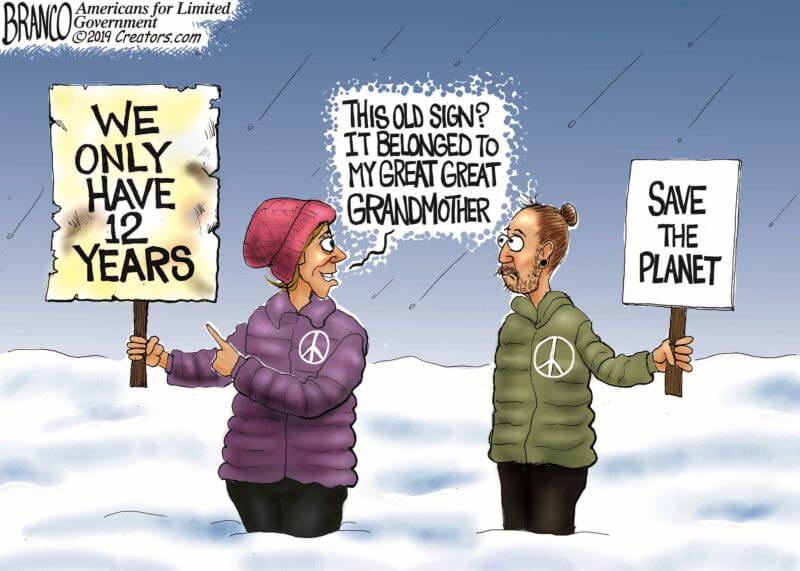