We all know that House Intelligence Committee Chairman Adam Schiff is a joke and a total hypocrite.

He is the most irresponsible man in that position in my lifetime. He makes things up and presents them as fact and is so partisan nothing he says can be trusted.

He’s also a world class hypocrite, especially when it comes to our president. He hates President Trump and will do whatever it takes to “get him.”

First off everything that comes out of Adam Schiff’s mouth regarding President Trump is a lie, or twisted in some way. He’s a rabid partisan and nothing he says should be trusted without further investigation. 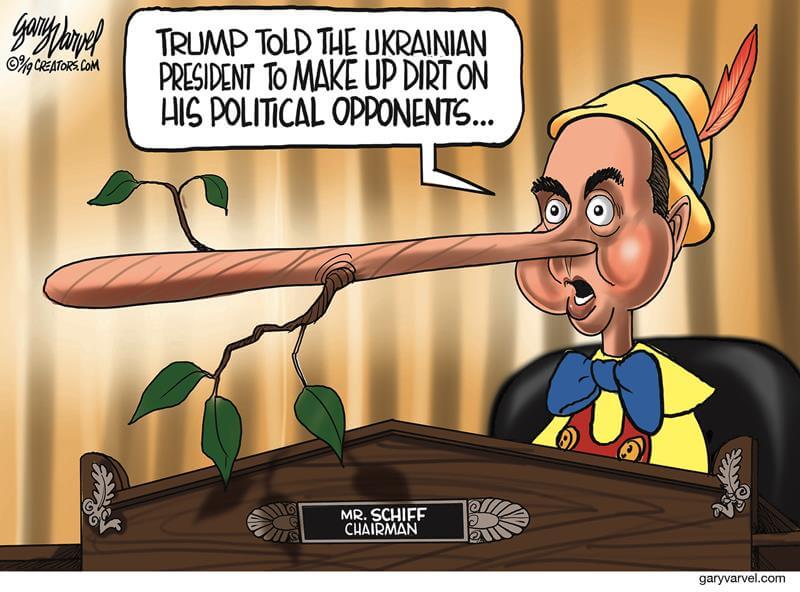 Next to the rabid partisan that is Adam Schiff everything Trump does is a potential impeachable offense and should be investigated. If the White House suddenly ordered more tissue because a cold is going around, Schiff would suspect evil-doing and order an investigation. 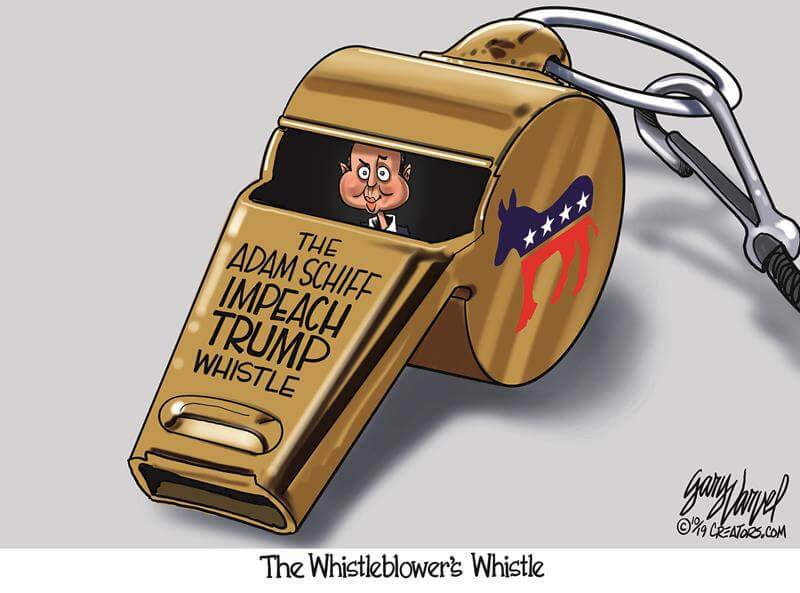 Finally everything the Democrats have accused the President of, are the things they themselves are guilty of. My guess is this impeachment play is a distraction from the investigation into the Russia investigators. 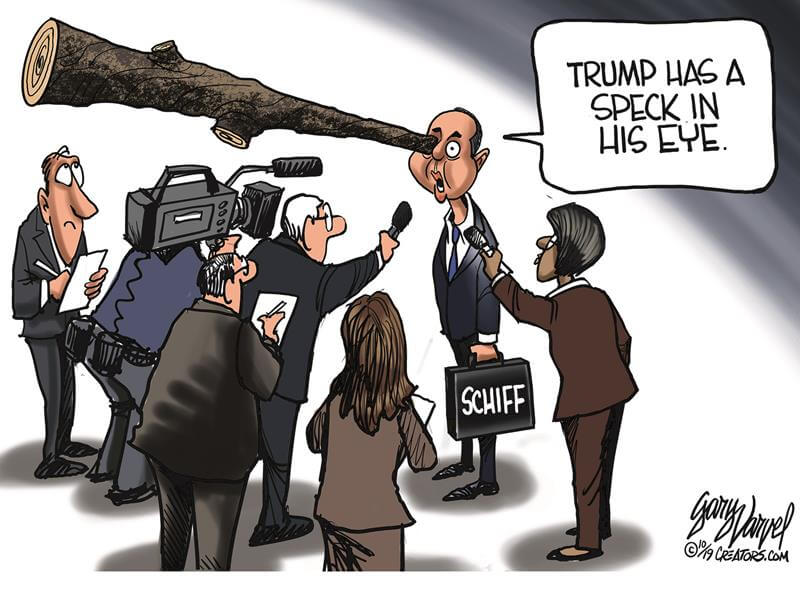 If Democrats had any standards or shred or respectability Pelosi would remove Adam Schiff from his position atop the House Intelligence Committee and install someone sober minded and less partisan.

But they don’t, so they wont.