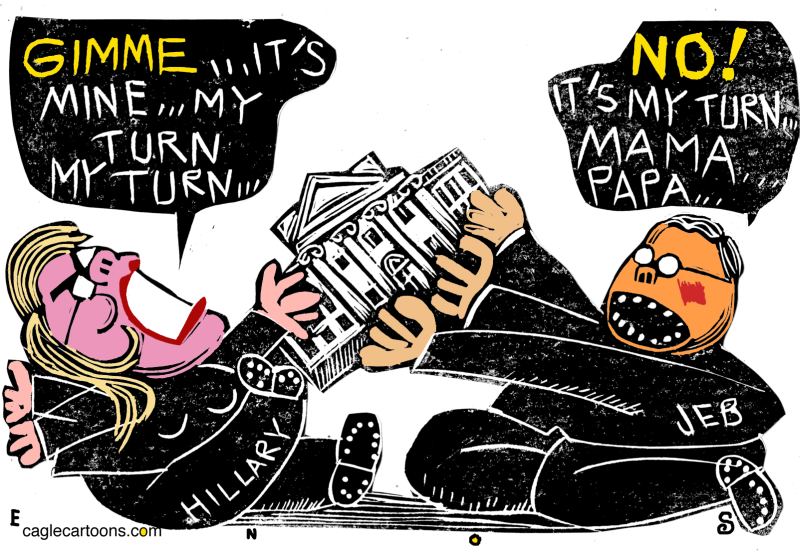 Surely America can do better than Hillary Clinton and Jeb Bush!

With Jeb Bush announcing that he is to ‘actively explore the possibility of running for President’ and Hillary Clinton considered the odds-on favourite to get the Democratic nomination should she decide to run, there is a prospect that, for the second time in 24 years, a Bush may be battling a Clinton for the White House

Considering that the country got its start by shaking off a monarch, America has had a peculiarly strong attraction to political dynasties.

But it has never seen anything like the possibility that came into sharp focus on Tuesday when Jeb Bush announced on Twitter that he is about to “actively explore the possibility of running for President of the United States”.

That instantly put the former Florida governor at the head of the pack chasing the 2016 Republican nomination.

It also raised the prospect that, for the second time in 24 years, a Bush may be battling a Clinton for the White House. Hillary Rodham Clinton, the former secretary of state and first lady, is considered the odds-on favourite to get the Democratic nomination should she decide to run, as most expect she will.

A spokesman for Clinton declined to comment on Bush’s move with a pointed “No, thank you.”

So entrenched are these two families in presidential politics that Americans under the age of 38 have experienced only one national election – 2012 – in which there has been no Bush or Clinton running for president or vice-president.

The relationship between the two clans has also been a complicated one – resentful and rivalrous at some points, warm and mutually beneficial at others.

While their famous last names are no doubt an enormous advantage, they carry some downsides, particularly at a time when both the Republicans and the Democrats are engaged in a struggle that pits their ideological bases against their more centrist establishment wings.

The Bushes and Clintons “are like enduring franchises in American politics”, said David Axelrod, President Obama’s former chief strategist. “There are also burdens that come from these franchises. You’re not a brand-new car. Even if someone else put the [dents] in it, you’re still driving it.”

Or, as then Texas Governor George W Bush used to joke when he was running for president in 2000: “I inherited half my father’s friends and all his enemies.”

RELATED: Obama And Hillary's Utter Failure With Russia Summed Up By One Cartoon 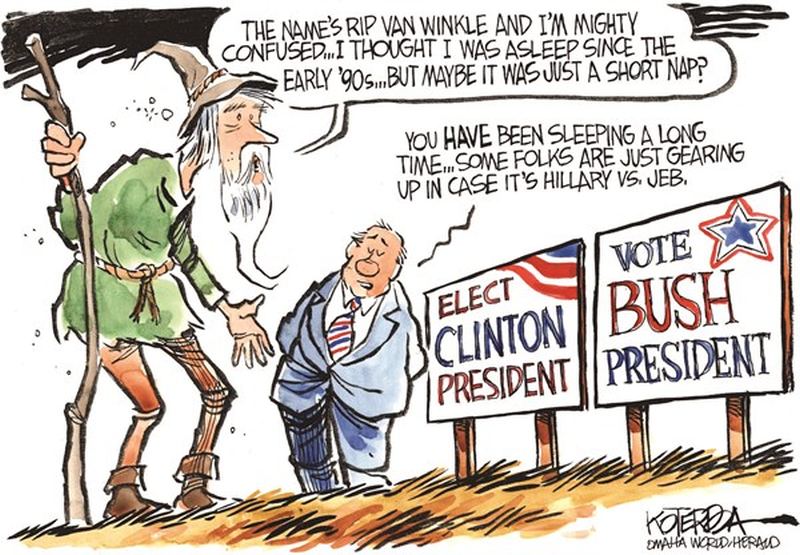 What do you think about Jeb Bush or Hillary Clinton for President?