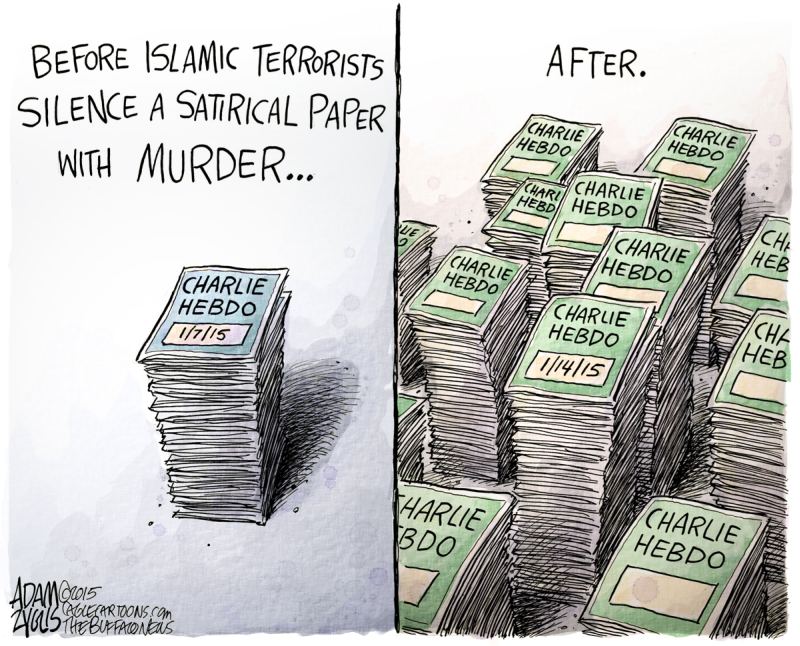 The French satirical magazine Charlie Hebdo spit in the face of Islamic terrorists by publishing a new issue with an image of the Muslim prophet Mohammed on it’s cover.

The magazine normally has a weekly circulation of 30,000 but after the terrorist attack last week printed upwards of 5 million copies, all of which sold out in less than an hour!

Charlie Hebdo magazine bravely laughed in the face of terrorist killers trying to silence free speech Wednesday, and the support they got was off the charts.

Wednesday’s edition, with a photo of the prophet Muhammad weeping for the deaths of the cartoonists who were slaughtered at the paper last week, sold out within minutes at some kiosks across Paris. Muhammed is holding a sign that reads, “I am Charlie” in French, with the words “All is forgiven” above him.

Normal sales of about 30,000 copies a week were increased to a print run of 3 million, and that has been pushed to 5 million, according to reports. 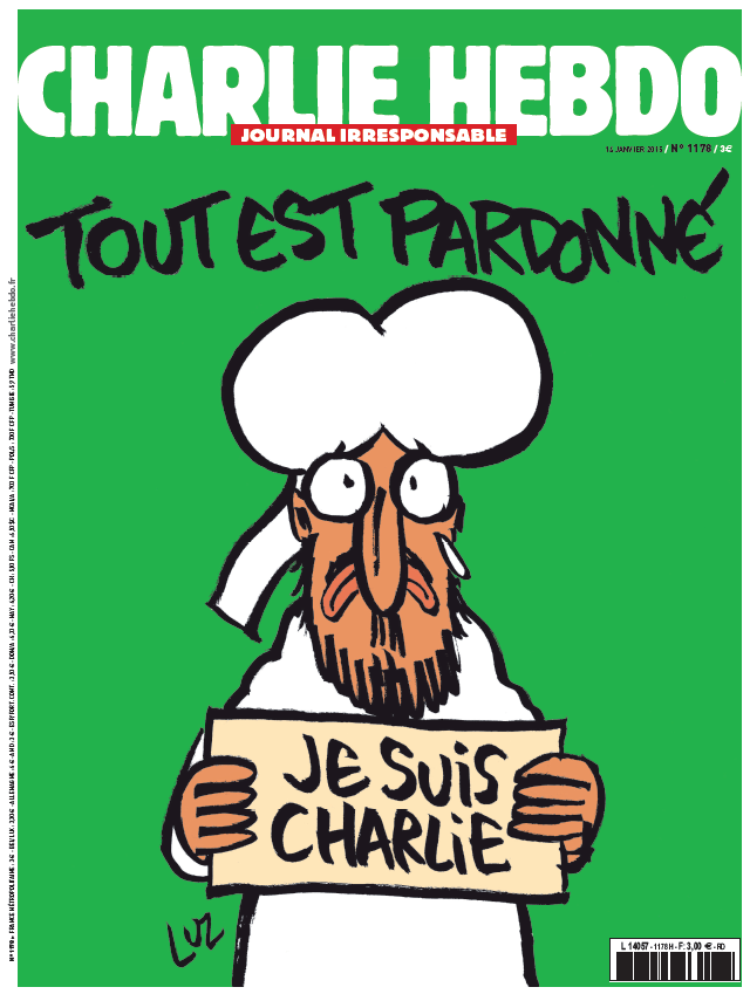 Now that is an incredible response by the magazine, if only Western leaders had as much guts…