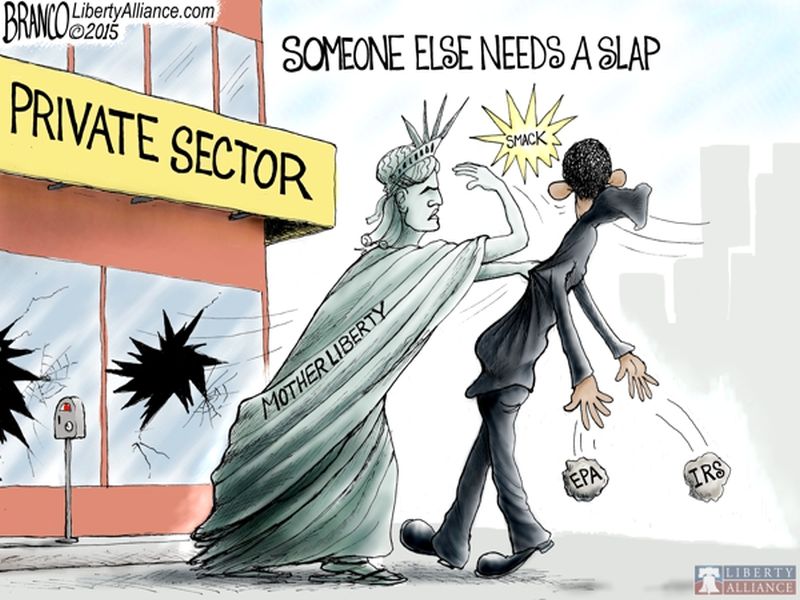 Police shootings and other tales of alleged police abuse dominate the news these days. You can hardly open a newspaper or turn on a television set without seeing protesters, rioters and looters, along with earnest talking heads debating the issue. Why is this? Why has violence on the part of policemen become the story du jour?

One possible answer is that police violence is a terrible problem that presumably has been with us for quite a while, but is just now coming to light. Some respectable commentators support this view. Reason, for example, links to

KilledByPolice.net and concludes that “more than 1,000 people have been killed by police in 2014.” KilledByPolice.net is an interesting, bare bones database that collects stories about fatal incidents involving law enforcement from a wide variety of sources.

But it isn’t really a shock that, in a country of 320 million, there are a perceptible number of fatal encounters with policemen. If you follow the links on the KilledByPolice site, it is immediately obvious that in the overwhelming majority of cases, no possible blame can be attached to the officers in question. Most often the person they shoot is a criminal, and they shoot the criminal because the criminal fired first. The second most common fatal incident is commonly referred to as “suicide by cop.” This happens often, and one can argue that better means of dealing with would-be suicides could be developed. But this is not the issue that consumes our news shows. (A digression: an astonishing number of people commit suicide by standing in front of trains. No one blames the railroads for this.)

I haven’t attempted an exhaustive analysis of the cases linked at KilledByPolice, but if you spend some time reviewing the linked stories, I think you will conclude, as I did, that the percentage of cases in which police officers could reasonably be blamed is very small–somewhere between 1 and 5 percent. So maybe there are somewhere between 10 and 50 cases a year where a serious claim could be made that improper police conduct–not just homicide, but any sort of questionable judgment–resulted in a fatality. (From what we know so far, I would say that the Freddie Gray case is probably one of them.) Is this enough to explain the current obsession with the police?

I don’t think so. To draw a simple comparison, every year something like 390 children, most of them younger than five years old, drown in swimming pools. If our news media were to take on swimming pool safety as a cause, and give every one of these drownings–more than one per day–front page, above the fold coverage, and if our television talking heads were to devote a large portion of their time to debating swimming pool safety and the ins and outs of each individual drowning, many people would no doubt be convinced that we are living in the midst of a swimming pool crisis. That crisis would be an order of magnitude greater than the police abuse scandal, and a large majority of the victims would be small children, not the sketchy characters that police officers so often encounter.

But that isn’t happening. Given the comparative insignificance of the police abuse issue, quantitatively speaking, one might suspect that its current dominance of public discourse fits someone’s agenda.

Which, of course, it does. The police abuse story, which began in a nascent form with Trayvon Martin and continued, more fully developed, with Eric Garner, Michael Brown and Freddie Gray, is part of the Democratic Party’s effort to divide America along racial lines, in expectation of political gain. Leftists say “Black lives matter,” as though there were some people who say they don’t. Rarely has paranoia been more ruthlessly, or more dishonestly, promoted. …