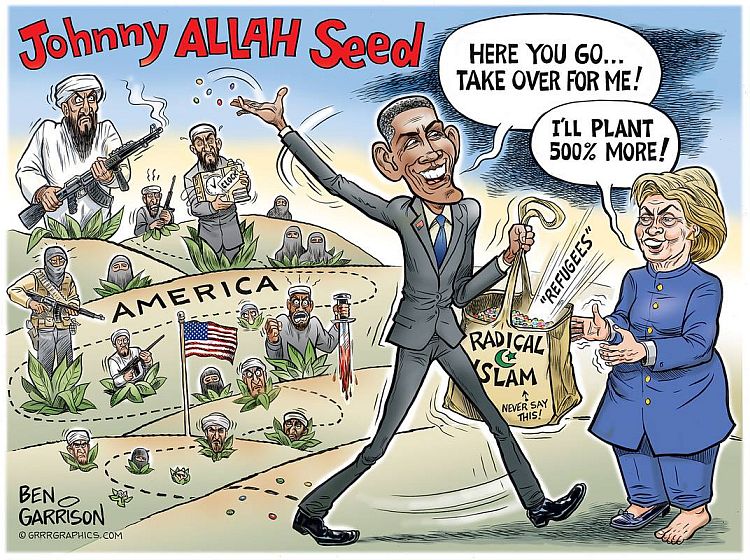 They’re just so generous and compassionate, that they’re not even bringing the refugees into their own district!

Robert Gehl reports that Nancy Pelosi has been pushing Barack Obama’s plan to let in as many refugees as we can.

With the end of the fiscal year just days away at Sept. 30, their plan to let in at least 10,000 Syrian refugees this year has proved successful (they managed to place 12,000). Plan on many, many more next year if they get their way.

But there’s something odd in those numbers that Pelosi is pushing – specifically where the refugees are actually going.

The House Minority leader’s district has yet to see a single refugee resettled there.

Her district – San Francisco – hasn’t taken in any refugees this year, last year or the year before.

And while her district hasn’t had the burden of taking in one single refugee she’s still a strident supporter of the program, Breitbart reports.

After the November 2015 Paris attacks, Republicans introduced a bill that would have mandated stricter scrutiny for refugees coming from Syria. Pelosi spoke out against the bill, accusing Republicans of “slamming the door on mothers and children,” arguing instead for stricter gun control measures.

“It is outrageous that we would be slamming the door on mothers and children while we still allow people on the terrorist watch list to walk in the door of a gun store and buy a gun,” Pelosi said at the time.

She went on to say, “As it is a proud American tradition, we can both ensure the security of our country and welcome desperate women and children and seniors facing ISIS’s brutality.”

California has let in its share of refugees. Most have gone to San Diego, Sacramento has resettled 250, and the city of Turlock has seen 115.

They’re being resettled near Pelosi’s district too – just not in the district. In Oakland, 28 Syrian refugees have been resettled, San Jose has taken 9 in and Los Gatos and Walnut Creek have seen 7 and 5 respectively.

Once they arrive, Syrians are given “temporary protected custody” status, a designation that permits foreign nationals to live in the U.S. without immigration approval because returning home would put their lives in danger.

So what gives, Nancy? When are you – and the voters in your district – going to let their doors swing wide and take in all those refugees you so clearly want to help?