A couple of nights ago CNN held a “climate town hall” for Democratic Party 2020 candidates and it was a major snoozefest that was barely watched by anyone.

Basically all the candidates wanted to pretty much ban everything to save the planet, except for their private jet rides.

Since the adds are you didn’t watch it, here is the entire thing summed up by one cartoon: 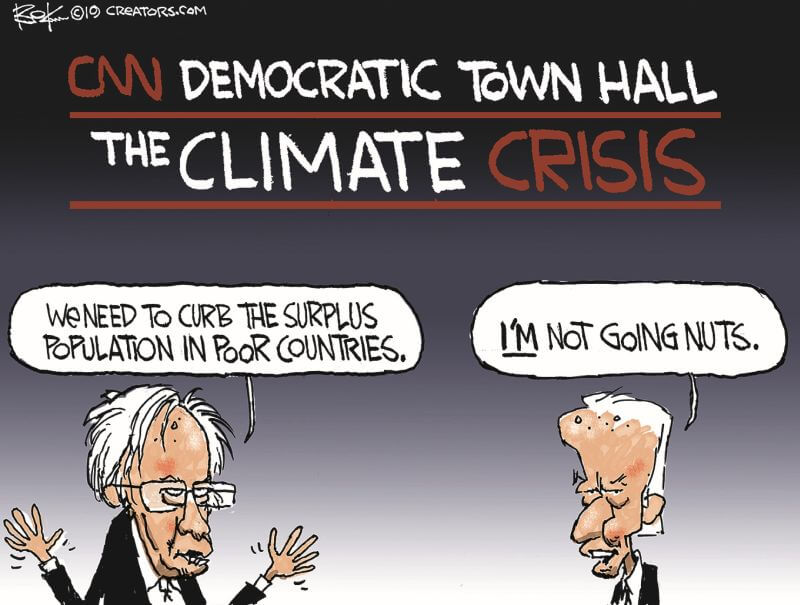 Yep, that sums the whole thing up. Bernie wants to bring back Eugenics to save the planet and Biden let us all know he’s not nuts.

The rest of the candidates basically had nothing of value to add. That said Bernie population control stance is pretty troublesome: