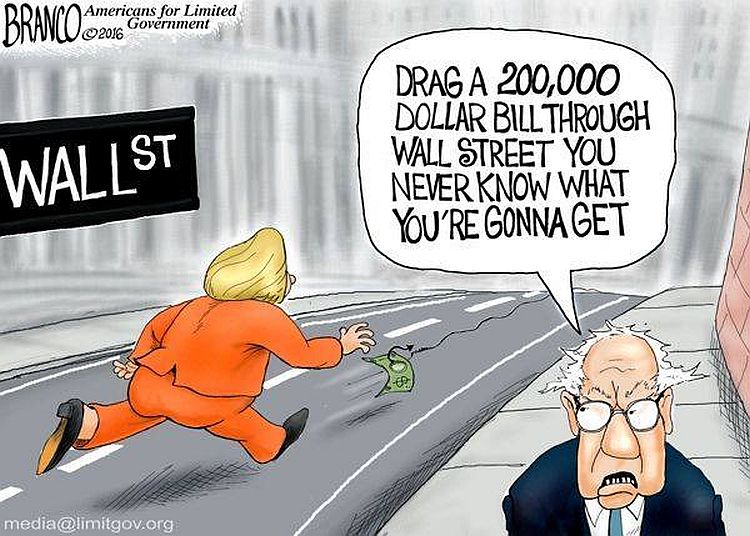 Bernie Sanders rails against “millionaires and billionaires,” often targeting a symbol of US wealth: Wall Street. Bernie charges “Wall Street greed” with causing the past financial crisis, and blames supposed deregulation of the financial industry for enabling it.

Most of us who follow politics and witness the excessive burden our government places on businesses hear such charges and wonder when the government deregulated anything.

In fact, if we actually look at the regulatory environment of the financial industry, the trend is towards more regulation, not less.

writes at the Manhattan Institute:

In the years leading up to the financial crisis, the number of Code of Federal Regulation restrictions on the finance and insurance industry increased 11 percent, and this level increased 15 percent during George W. Bush’s presidency. In 1997, there were 23,422 restrictions on the industry, a level that increased to 26,235 by 2008. In other words, on the eve of the crash, there were over 26,000 words such as “must,” “cannot,” or “shall” that governed the conduct of finance and insurance companies.

In the face of these numbers, there does not seem to be much evidence to support Sanders’ pet theory that repealing Glass-Steagall and passing the Commodity Futures Modernization Act led to extensive financial deregulation. New financial regulations from the Sarbanes-Oxley Act and the Patriot Act, along with steadily accumulating regulations from older laws such as the Community Reinvestment Act of 1977, more than made up for any deregulation efforts.

Thanks to regulations like Dodd-Frank, one in four local banks have vanished since the great recession, while only three have been chartered. This puts smaller banks at a disadvantage as they face higher barriers to entry and ongoing costs as a percentage of revenue than the financial giants.

The big banks have gotten bigger since the recession began, but you can thank regulation, not deregulation for that.