Democrats have been screaming at the top of their lungs that President Trump is a dictator and the new Hitler.

Unfortunately in this case it seems to be a case of extreme projection as Democrats are the wanna-be dictators in the making.

Here in one hilarious cartoon is exactly why everyone is laughing at Bernie Sanders for calling Trump a dictator today: 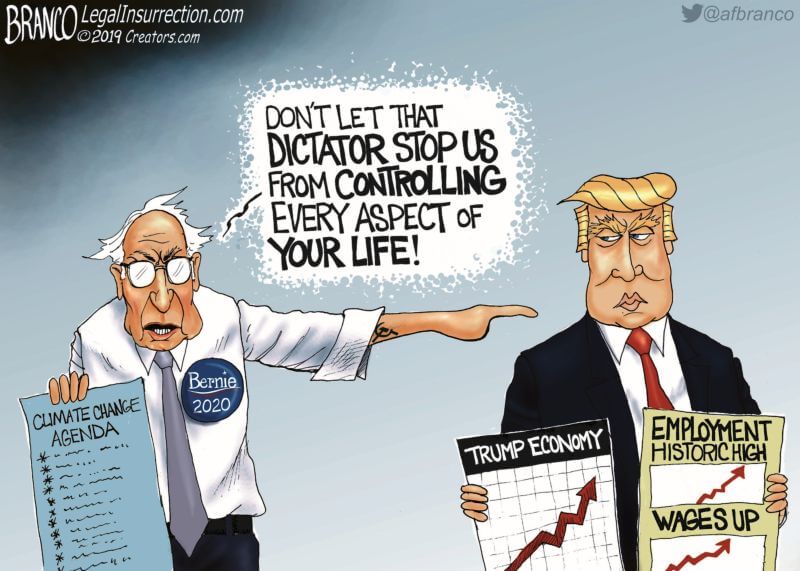 Crazy Bernie and the rest of the Democrats call Trump a dictator while wanting to control every aspect of our lives.