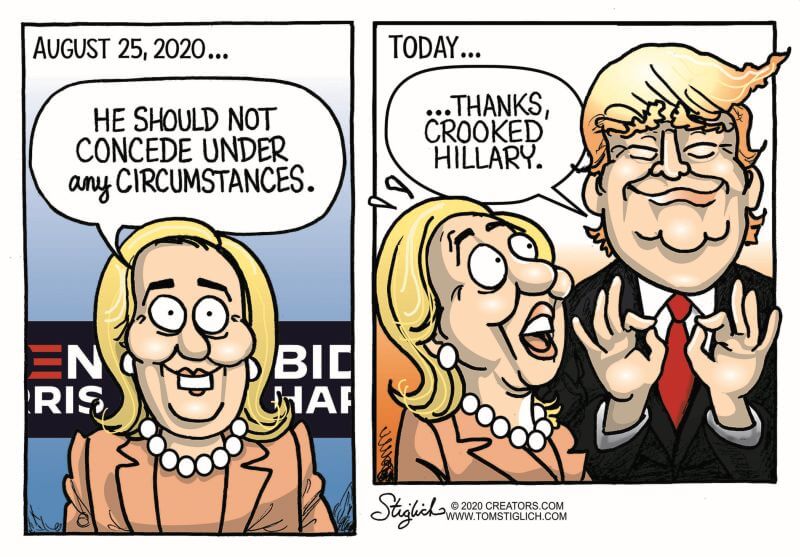 I assure you if shoe was on the other foot Joe Biden and the Democrats would not be conceding the election until all the legal challenges were resolved.

Here’s the backstory on this: