Last week was one for the record books. President Trump used his magic powers to get the Democrats to come out in support of our Iranian adversary.

Iran has been at war with the USA for 40 years and we’re supposed to believe it’s all Trumps fault.

So what is behind the Democrats sudden love for the Mullahs in Iran?

Here, at least in the view of one cartoonist, is the real reason Democrats want President Trump to stop threatening Iran: 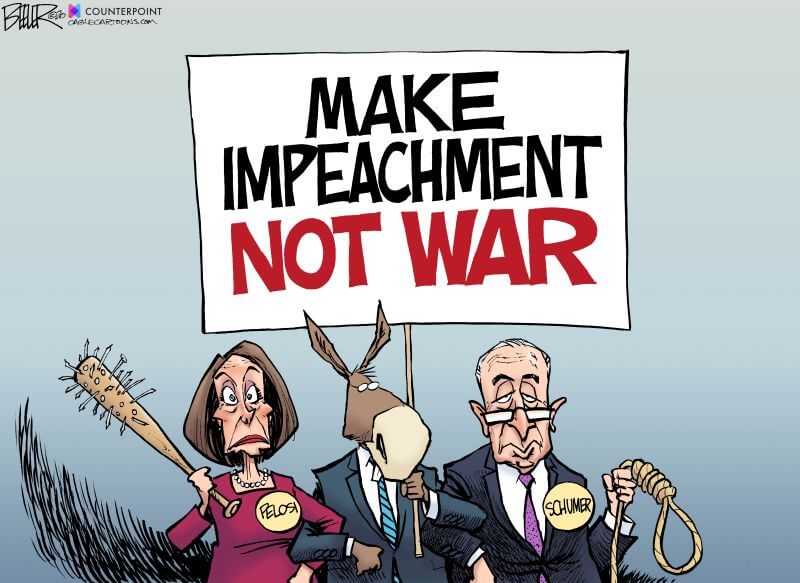 They want impeachment, not war.

Today’s Democrats would rather the country fail, and its citizens be miserable and in danger, than have President Trump succeed.

It is a sad state of affairs.

Democrats have move from loyal opposition, to resisting and trying to oust a sitting President of the United States.

Despicable and lets hope voters throw the bums out on their ears this November.