Former FBI Director James Comey is ridiculously claiming that IG Horowitz’s report vindicates him and the FBI, while nothing could be farther from the truth.

Comey may proclaim that he is off the hook, but the reality is he better watch his back VERY closely.

Here is why James Comey better watch his back, brutally summed up by one cartoon: 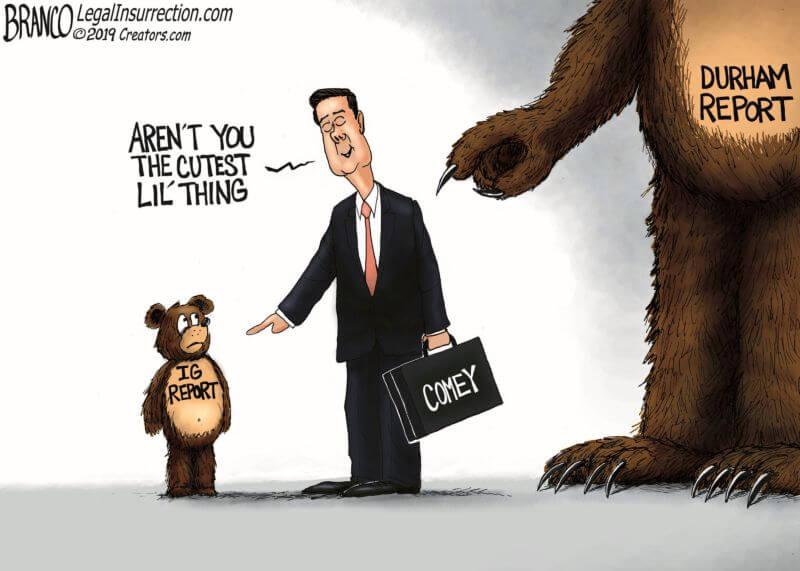 Horowitz was not able to interview those FBI officials who were already fired, but Durham can absolutely go there.

That is absurd. The top law enforcement agency in the nation and they used fraudulent evidence to investigate the President of the United States.

But when questioned by Sen. Lindsey Graham on the investigation into President Trump adviser Carter Page, Horowitz admitted that the abuses were “pretty bad.”

It is a slap in the face to the intelligence of the American people and heads need to roll at the FBI to make certain it never happens again.