Leftists and Democrats (same thing) keeping telling us that when it comes to climate the sky is falling and unless the USA throws it’s economy via the green new deal into a roaring volcano to appease the gods, the world as we now know it will end in short order.

At the same time we’re being told that Covid-19 is a killer raging out of control all over the world and there is not much we can do at the moment except to again throw our economy into the volcano until a cure is found.

One one hand there is nothing we can do about a virus with a 99.8% survival rate, but dramatically raising taxes and hobbling our economy will, if we act now, definitely stop climate change.

Government is powerless to stop the spread but all powerful enough to change the direction of the Earth’s climate.

They say a picture can be worth a thousand words so here is one artist’s impression of Democrat hypocrisy on covid and climate change brutally summed up by a single meme: 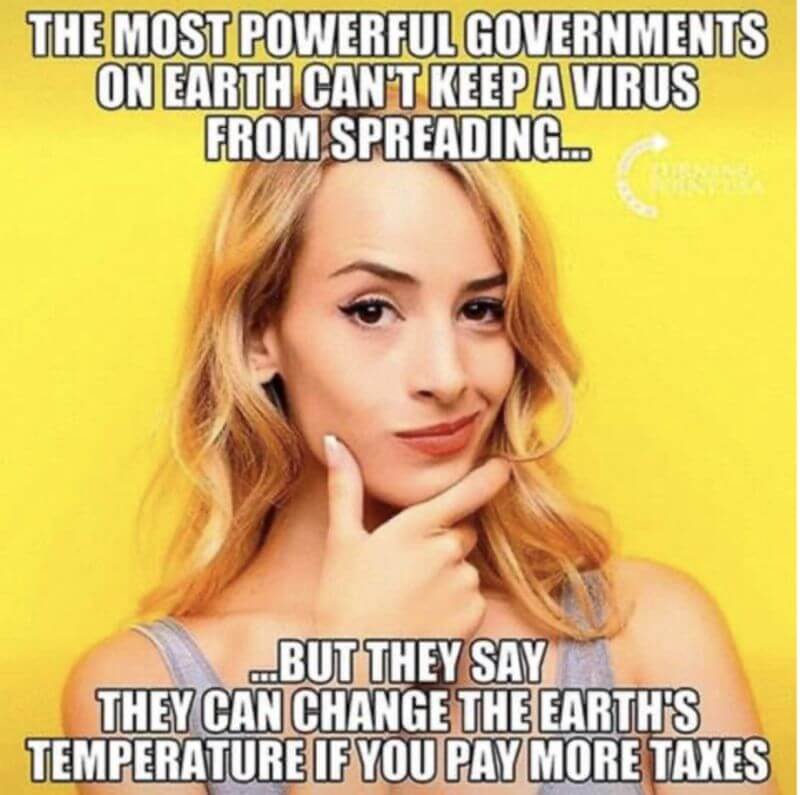 When it comes to climate, alarmists like Ocasio-Cortez and Bernie Sanders keep telling us we only have 5, 10, 15 or some other arbitrary number of years left to act.