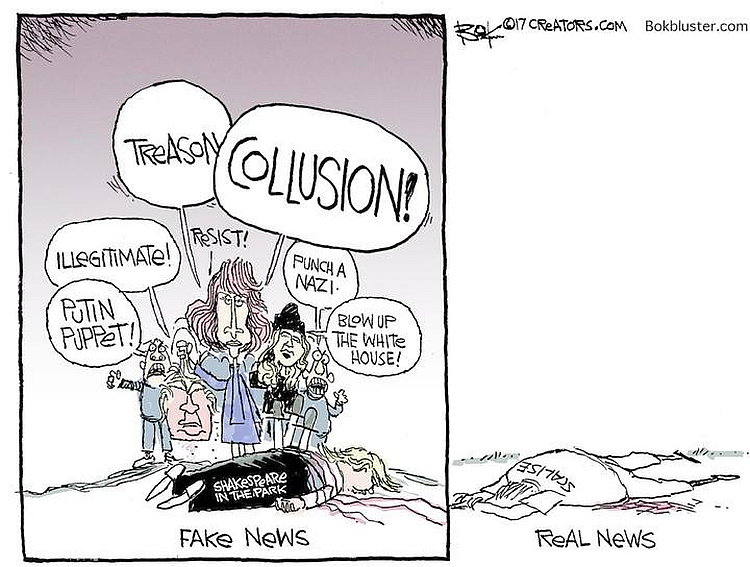 Robert Gehl reports that because joking about murder is hilarious, a group of college students who think they’re socialists got a bunch of yuks for joking about decapitating Republicans.

The Young Democratic Socialists at the University of Georgia were responding to a comment placed about a story where a professor said that Republicans “should be lined up and shot.”

“This is absolutely outrageous,” the group tweeted sarcastically, linking to the story. “House Republicans should NOT be shot! They should be guillotined.”

Because socialists are stupid and cowards, they deleted their tweet, but CampusReform captured it: 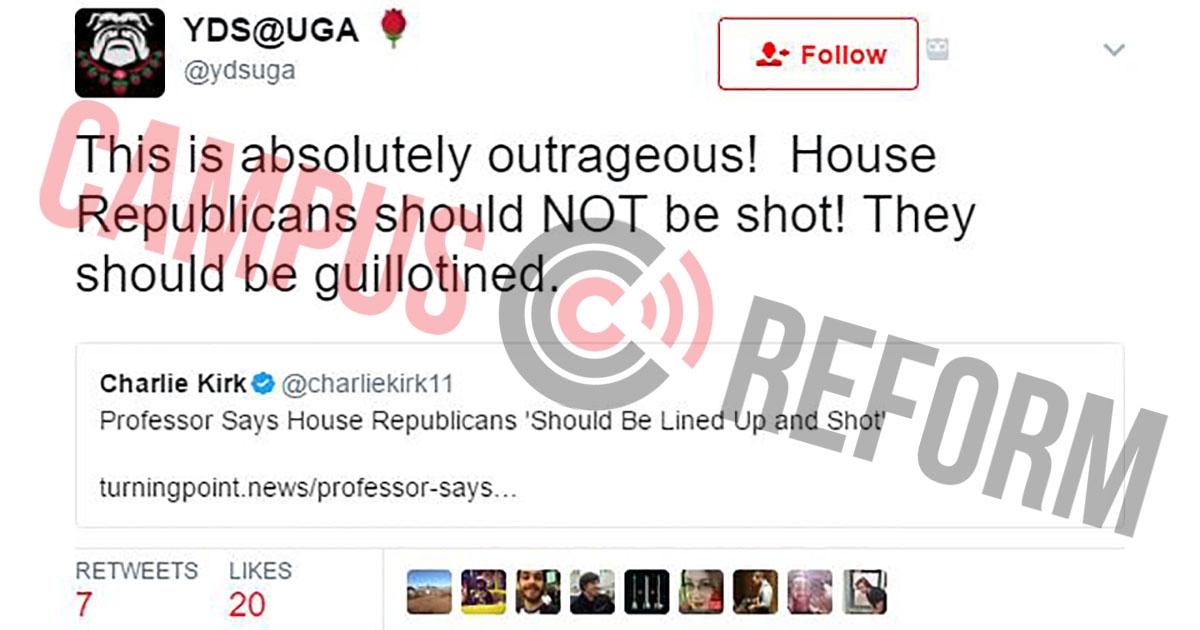 Because that joke wasn’t funny enough, when someone said that a guillotine would be “the more humane thing to do, they backtracked. 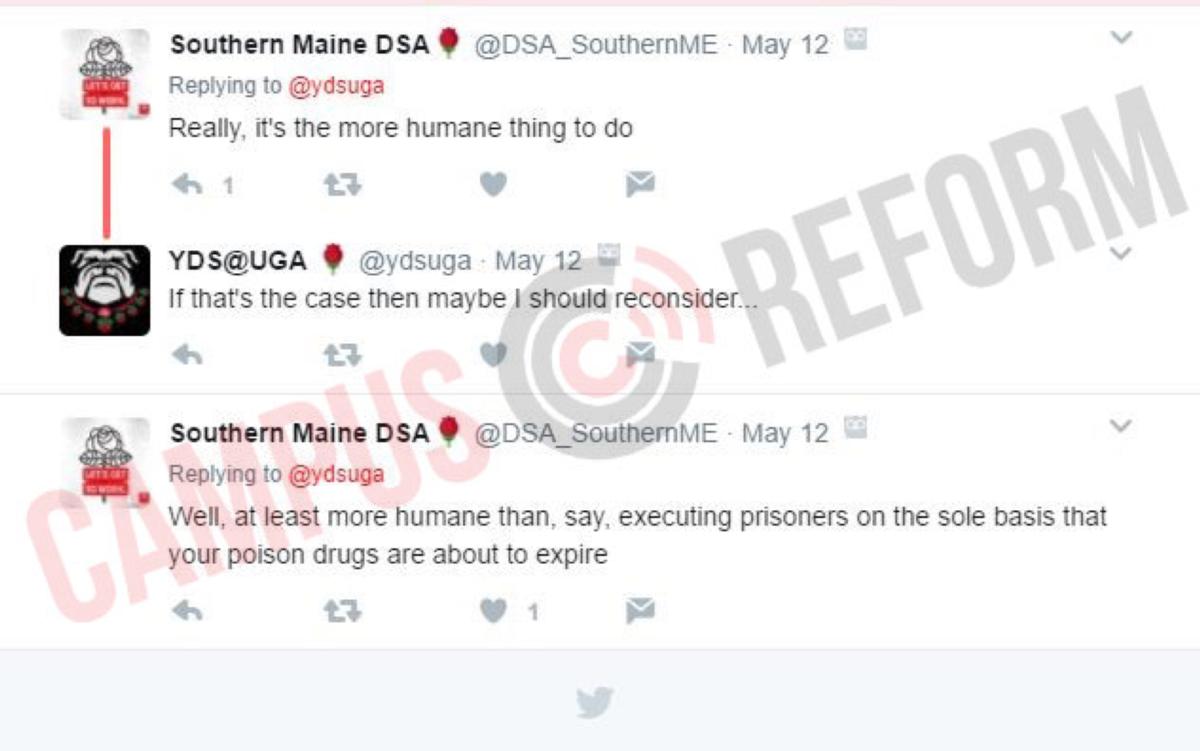 The Young Democratic Socialists aren’t going for civilized dialogue. Their cover photo on their Twitter account is a depiction of a beheading from the French Revolution, with a speech bubble protruding from the head that states “so much for the tolerant left.”

This group of nitwits is actually an official student group at the University of Georgia. Officially they organize “youth to run effective campaigns that result in tangible social and political victories and that develop leaders for the socialist movement.”

“We want to build a community of friendship and support for passionate and conscientious students,” the organization’s constitution goes on to declare.

Well, if conscientious means beheading your political opponents, they’re on the right track.