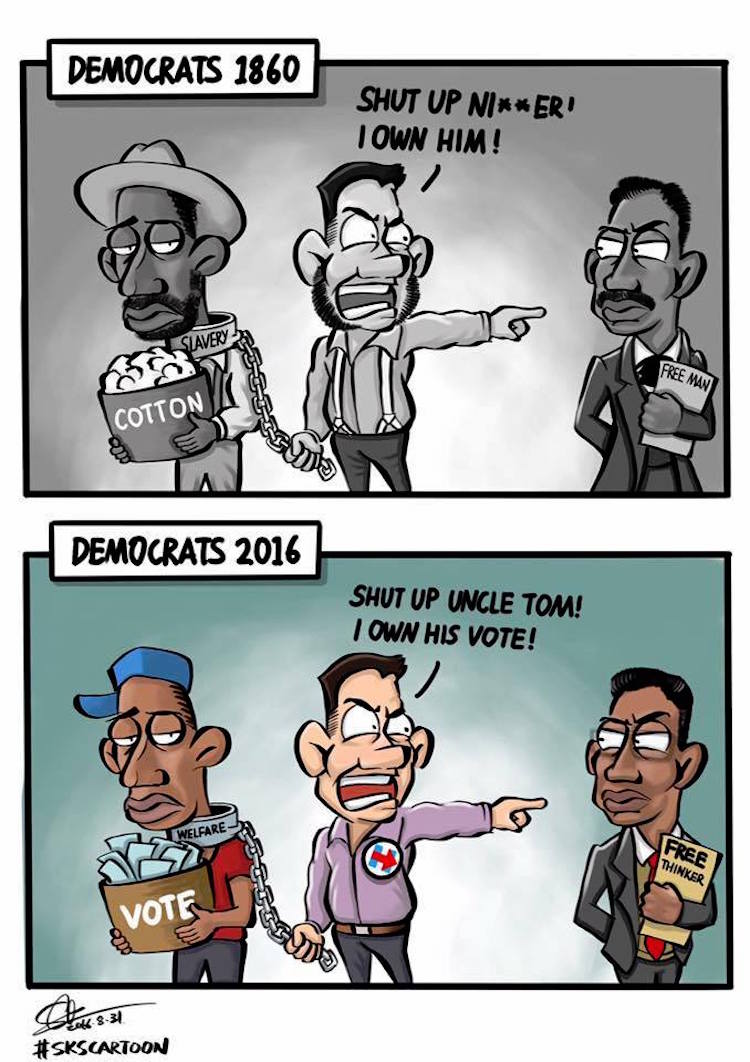 Robert Gehl writes: you just know if it was some nonsense speech from some racist group talking about Donald Trump, they’d hang on every word and leave every microphone and camera on until the last word.

But when it’s a gracious pastor from a black church literally anointing Donald Trump, the cameras all shut off mid-stream. I wonder why.

Trump received a standing ovation from members of a black church in Detroit after his moving speech on the importance of the black faith community in American life.

And when the pastor took the stage to present Trump and his wife with their own bible and draped a prayer shawl over his shoulders, the video feed cut out – from every major network.

Bishop Wayne Jackson began to address Trump and the parishioners:

“This is a prayer shawl straight from Israel. Whenever you’re flying from coast to coast — I know you just came back from Mexico and you’ll be flying from city to city — there is an anointing. And anointing is the power of God,” the pastor said. “It’s going to be sometimes in your life that you’re going to feel forsaken, you’re going to feel down, but the anointing is going to lift you up. I prayed over this personally and I fasted over it and I want to just put this on you.”

At that point, the bishop put the shawl over Trump and handed him the bibles: ““When things seem like it’s almost impossible, you will read Mark 9:23 – ‘If thou can believe, all things are possible’,” he said.

And right then – poof – the cameras cut off. Check it out:

Corrupt,lying,LSM cuts feed bc they can't handle when Detroit pastor does this?2 @realDonaldTrump! #TrumpInDetroit pic.twitter.com/J2il5nct6p

that was probably Hillary's minions that cut the feed so we couldn't see the love that the church had for him! https://t.co/3fsH6VRa8w

It was a dramatic and poignant moment – precisely what Hillary Clinton’s people can’t let the world see. Is it possible all the networks cut the feed because the Hillary campaign demanded it?

As the good pastor said: “All things are possible.”