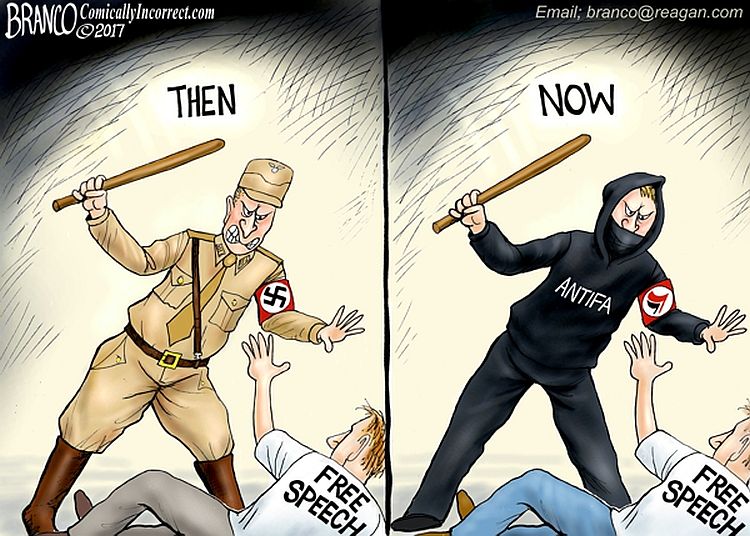 Regan Pifer reports that there is a new antifa website called “It’s Going Down” and considers itself a “platform for revolutionary anarchist, anti-fascist and autonomous anti-capitalist movements”.

…[T]the website features a variety of materials that promote violence against supporters of Donald Trump and capitalist society.

New research on the website reveals that it has posted 19 pages (archive) about “sabotage,” which detail countless instances of acts of sabotage against law enforcement, corporate entities, and individuals opposed by leftist anarchists.

The articles tacitly endorse these crimes that range from mild to extreme.

Reported incidents on the website range from anarchists pouring “concrete on the train tracks that lead out of the Port of Olympia to block any trains from using the tracks” to glueing “locks and ATM card slots at branches of Toronto Dominion and the Royal Bank of Canada” to destroying “a mobile slaughter unit in Portland with corrosive chemicals to “directly disrupt the operations of this company from carrying out the contract killing of cows and pigs.”

Other, more serious crimes take the form of terrorism as Antifa members in Mexico City “took credit for detonating an explosive device at an Exxon Mobil facility this April” because of its “complete criminal, murderous, genocidal, ecocidal state.”

In another Mexican city, terrorists blew up police vehicles.

But this violence is also in the United States.

“It’s Going Down” receives funding through Patreon, “where it gets over $1k a month in support from over 120 patrons.”

Antifa has been designed a domestic terrorist organization and ‘It’s Going Down’ is one vehicle for the organization’s funding and education.