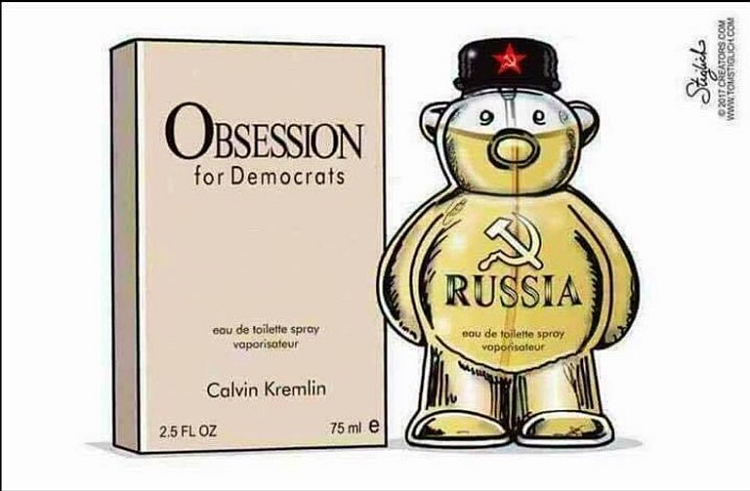 Oh but how the tide has turned! Robert Gehl reports that Democrats continue to point fingers at the Trump transition team for daring to speak with the Russian ambassador, but they seem to forget themselves.

It would be amusing if they weren’t serious all the time, but Dianne Feinstein is no different. From PJ Media:

Democrats are hinging their Russian collusion narrative on the fact that several Trump officials, including Attorney General Sessions, met with Russian Ambassador Sergey Kislyak. But Fox News’ Brit Hume says he witnessed Sen. Dianne Feinstein (D-CA) having lunch with him alone in the private Senate dining room. Feinstein sits on the Senate Intelligence Committee and is the ranking member on the Senate Judiciary Committee, so one might say that it should be just as disconcerting that she was having a closed-door lunch with Kislyak.

The last time I was in the Senate dining room, Feinstein was having lunch with the Russsian amb. I never gave it a second thought. https://t.co/azR0M5LrkK

Ambassadors visit with legislators on a regular basis. These Democrats act like it’s a big deal, yet they completely forget all the times they’ve visited with the Russian ambassador, or even the times he was at the White House:

Apparently they never learn that their actions speak louder than their words to prove their hypocrisy.