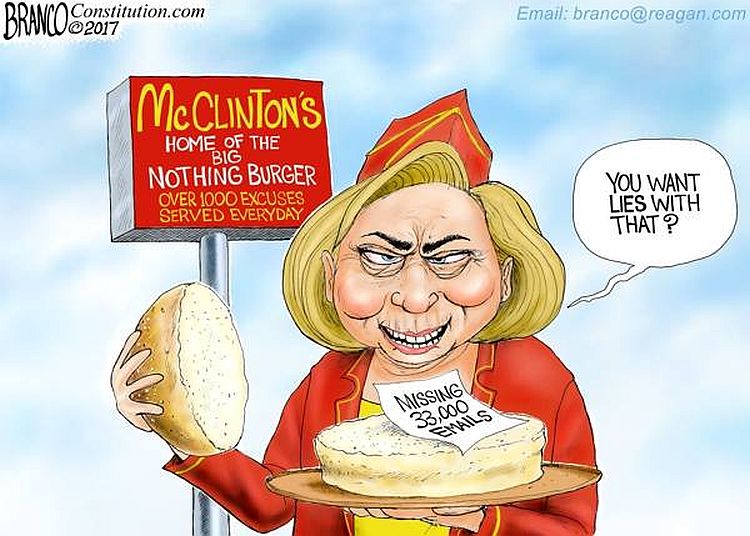 Kimberly Morin reports that The Clinton Foundation has already proven to be nothing more than a money laundering scheme for Bill, Hillary and Chelsea Clinton but there haven’t been actual charges or many investigations into Clinton’s behavior while Secretary of State.

Despite the facts that exist and have been proven (SEE: Russia, U.S. Uranium and Bill Clinton), there has been nothing done to hold either Clintons or The Clinton Foundation accountable. Until now.

The Senate Judiciary Committee is reportedly launching an investigation into Hillary Clinton’s tenure as Secretary of State and her possible intervention with the Bangladesh Government. As reported by The Daily Caller:

Senate Committee on the Judiciary Chairman Chuck Grassley has launched a new investigation of former Secretary of State Hillary Clinton’s effort to thwart a Bangladesh government corruption probe of Muhammad Yunus, a Clinton Foundation donor and close friend of the Clintons.

The Daily Caller News Foundation (TheDCNF) Investigative Group exclusively reported in May that Clinton sent top U.S. diplomats to pressure Bangladesh Prime Minister Sheik Hasina and her son Sajeeb Wazed in an effort to kill that country’s corruption investigation of Yunus and Grameen Bank. Yunus was then managing director of the state-owned Bangladesh bank.

It seems Clinton or her office may have been threatening Wazed with an IRS audit if he didn’t help pressure his mother into stopping the corruption investigation. Sound familiar? This isn’t Clinton’s first play at using the IRS against her ‘enemies.’ She did it to others during Bill Clinton’s Presidency, including his sexual assault accusers.

“Co-mingling her official position as Secretary of State with her family foundation would be similarly inappropriate. It is vital to determine whether the State Department had any role in the threat of an IRS audit against the son of the Prime Minister in retaliation for this investigation,” Grassley continued.

What’s even worse is that Clintons’ buddy Yunus was using his power and money to literally screw over the poor people he was supposed to be helping, with the blessings of the Clintons:

Yunus was stripped of his directorship of the state owned Grameen Bank in 2011 as a result of the Bangladesh government’s review of his financial mismanagement of the bank and its “micro-credit” loan program for poor peasants, mainly women.

Interest rates and payback amounts of the micro-loans sometimes resulted in more poverty, not less. Rather than re-paying the loans, a number of recipients in Bangladesh and India committed suicide.

RELATED: Leftist Lunacy On FBI Investigations Summed Up By One Cartoon

Once again, the Clintons are involved with a corrupt and despicable piece of human filth who hurt poor people. Sounds like what the Clintons did in Haiti as well.

Hopefully, the Clintons will finally pay for ONE of their crimes against humanity. These people have been committing crimes for decades, yet somehow, they always escape penalties. Either someone lies and takes the fall for them, or evidence mysteriously disappears.

It’s a tragedy that anyone had to suffer because of the greed and corruption of any one person. Their lives have been forever changed while these horrible corruptocrats sit in their million-dollar homes eating caviar and sipping champagne, laughing at the devastation they leave in their path.