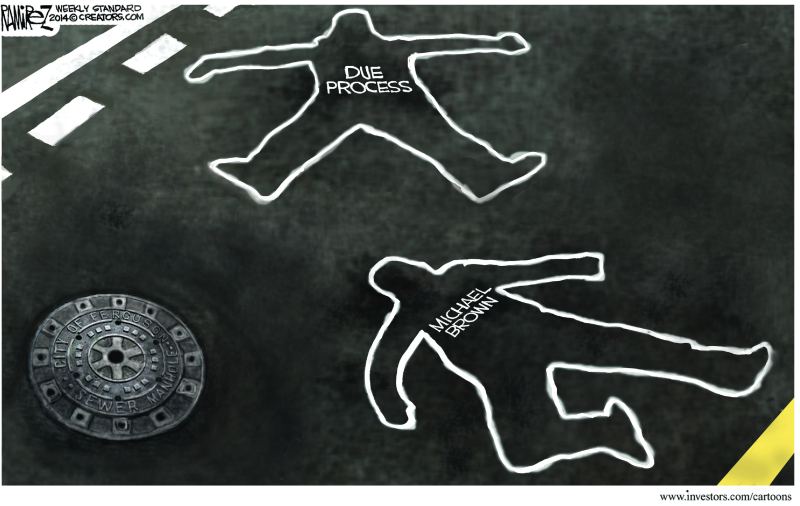 Thomas Sowell: Allow the rule of law to sort out Ferguson incident

Those of us who admit that we were not there and do not know what happened when Michael Brown was shot by a policeman in Ferguson, Mo., seem to be in the minority.

We all know what has happened since then — and it has been a complete disgrace by politicians, the media and mobs of rioters and looters. Despite all the people who act as if they know exactly what happened, nevertheless when the full facts come out, that can change everything.

This is why we have courts of law, instead of relying on the media or mobs. But politics is undermining law.

There was a time when elected officials avoided commenting on pending legal processes, so as not to bias those processes. But Nixon apparently has no fear of poisoning the jury pool.

The only alternative explanation is that this is exactly what he intends to do. It is a disgrace either way.

Race is the wild card in all this. The idea that you can tell who is innocent and who is guilty by the color of their skin is a notion that was tried out for generations, back in the days of the Jim Crow South. I thought we had finally rejected that kind of legalized lynch law. But apparently it has only been put under new management.

Television people who show the home of the policeman involved and give his name and address — knowing that he has already received death threats — truly are setting a new low. They seem to be making themselves judge, jury and executioner.

Then there are the inevitable bullet-counters, asking, ”Why did he shoot him six times?” This is the kind of thing people say when they are satisfied with talking points and see no need to stop and think seriously about a life-and-death question. If you are not going to be serious about life and death, when will you be serious?

By what principle should someone decide how many shots should be fired? The bullet-counters seldom if ever ask that question, much less try to answer it.

Since the only justifiable reason for shooting in the first place is self-protection, when should you stop shooting? Obviously when there is no more danger. But there is no magic number of shots that will tell you when you are out of danger.

Even if all your shots hit, that doesn’t mean anything if the other guy keeps coming and is still a danger. You can be killed by a wounded man.

Different witnesses give conflicting accounts of exactly what happened in the shooting of Michael Brown. That is one of the reasons why grand juries collect facts. But, if Brown — a 6-foot-4-inch, nearly 300-pound man — was still charging at the policeman, as some allege, there is no mystery why the cop kept shooting.

But, if Brown was surrendering, as others allege, then there was no reason to fire even one shot. But the number of shots tells us nothing.

None of this is rocket science. Why bullet-counters cannot be bothered to stop and think is a continuing mystery.

Among the other unthinking phrases repeated endlessly is “he shot an unarmed man.” When does anyone know that someone is unarmed? Unless you frisk him, you don’t know — until, of course, after you have shot him.

Was I supposed to wait until I made sure he had a gun before I used a gun? Is this some kind of sporting contest?

If we can’t be bothered to stop and think, instead of repeating pat phrases, don’t expect to live under the rule of law. Do you prefer the rule of the media and/or the mob?