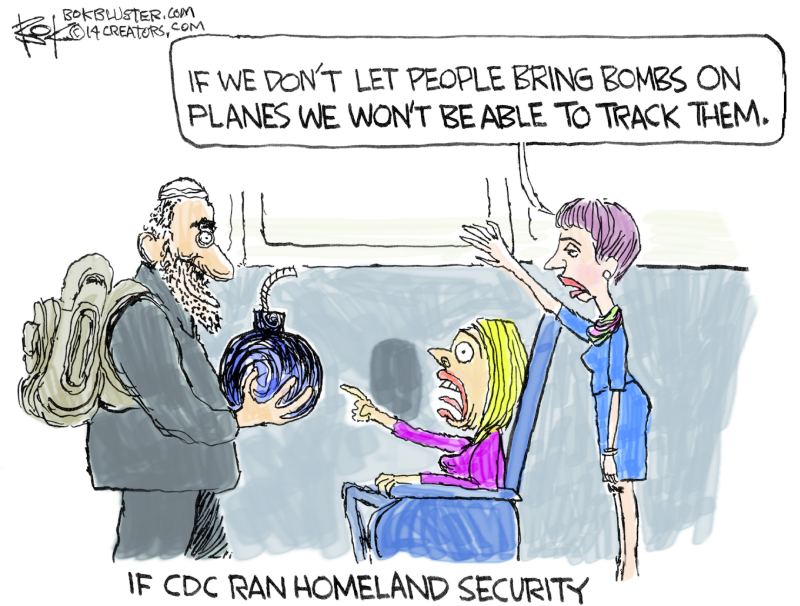 “You admitted yourself that we’ve seen some flaws in the system, some areas that need improvement,” Kelly said. “Why not put a travel ban in place until we’ve shored up the system?”

“We’re always looking at ways that we can protect Americans,” the CDC director continued.

“This is one!” Kelly interjected. “A travel ban from West Africa until we are certain that our facilities here are up to the task and that our system has solved the flaws that you today admitted exist.”

Frieden answered, saying that “above all, do no harm” was serving as the guiding principle.

“If we are doing things that are going to make it harder to stop the epidemic there (West Africa), it’s going to spread to other parts of Africa,” he said.

“How is it (banning flights) going to make it harder to stop it?” she pressed.

“Because you can’t get people in and out,” Frieden answered.

“Why can’t we have charter flights?” Kelly then asked.

“For a week — for a week, I sat in Liberia while the African union team that wanted to send hundreds of health care workers was stranded in Senegal because commercial airlines weren’t traveling,” the CDC director said. “If we isolate these countries, what’s not going to happen is disease staying there. It’s going to spread more all over Africa and we’ll be at higher risk.”

Do you agree that the reason why the Obama administration is rejecting a travel ban from Ebola infected countries is completely ridiculous?