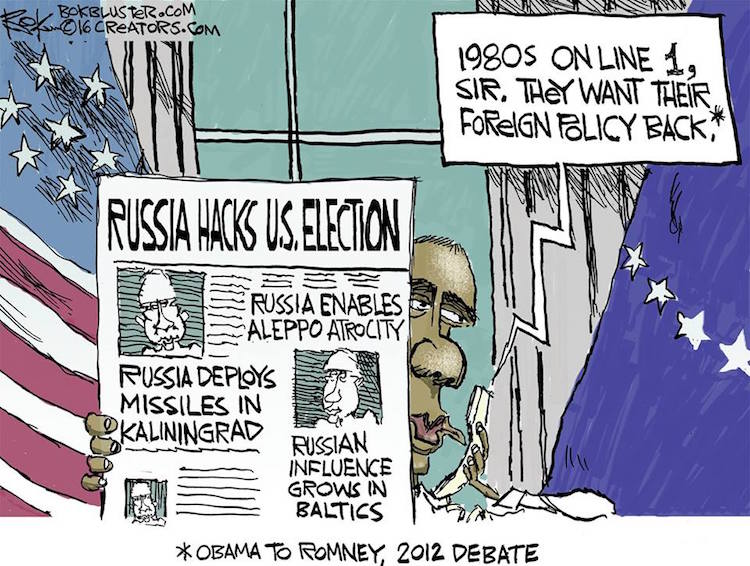 Seth Connell reports that the White House is continuing to paint the President-elect in as bad a light as possible, and this time they’ve really gone to a new level.

Want to talk about conspiracy theories? Okay, here’s one.

Apparently, Donald Trump called on Russia to hack the election so that he could win. Yep, you’re reading that right.

“It was the president elect who hired a campaign chairman with extensive, lucrative campaign ties to Russia,” Earnest says. It “was the president-elect who has a national security adviser on the campaign who was a paid adviser to RT, the Russian propaganda network”

As of the time of this writing, the press conference was ongoing, but the main point had been made: the White House is labeling the President-elect as someone who called on a foreign power to get him elected.

Now, was there actually Russian meddling in the election? It seems like that may be the case, but what exactly they did, or why they did it is not immediately clear. The CIA says that Russia hacked the election, but the FBI is more hesitant on that. If there was hacking involved, for whatever reason, it deserves investigation and response; that’s only a rational expectation.

Let’s be honest though, it wouldn’t really make much sense for Russia to try and get Trump elected. Though he stated that he admires Russia’s President Vladimir Putin, it doesn’t mean that Putin wanted him to be President.

It would have made more sense, for Russia, to hack the election to get Hillary Clinton elected. After all, it was her “reset” and subsequent dealings that got the Russians 20% of our uranium supply, likely in exchange for tens of millions of dollars in cash flow to the slush-fund known as the Clinton Foundation.

And also Hillary’s financial ties to the Kremlin as well, that the mainstream media was perfectly willing to ignore.

But that’s none of my business.