By now most readers know about the Democrats vile attempt to hijack the coronavirus relief bill to basically try and remake America in their sick and mentally unwell image.

Here in one cartoon is the difference between how House Speaker Nancy Pelosi versus Senate Majority Leader Mitch McConnell are approaching the pending relief bill: 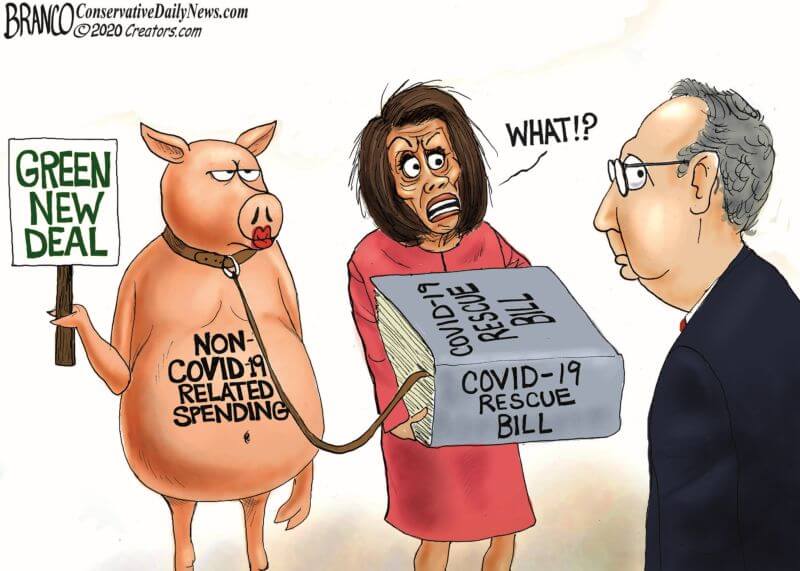 The Democrats in Washington D.C. are sick in the head, and deserve every bad thing that comes their way as a result of this.

Even more, any one who supports the Democrats or any of their candidates after this, is also extremely sick in the head.

A Very Angry Sen. Kennedy Rips Democrats, ‘Some of My Colleagues Are Acting Like A-Holes’

During an interview last night with Fox News host Tucker Carlson, Republican Senator John Kennedy from Louisiana slammed his Democratic Party colleagues for holding up the Coronavirus relief bill over their desire to use it to change America.

Then the Senator let the Democrats have it with both barrels “we think we know how to get the economy back on its feet over the next 60 to 90 days until we can get control of the virus and some of my colleagues are acting like a A-holes.”

“I’m sorry, I’m not saying they mean to but nonetheless, they are killing it. They are throwing in every special interest, every political want, not need, thinking that they can ram it through but because we are too scared to vote against and it is just wrong. It’s just wrong.”

What the Democrats, led by Chuck Schumer and Nancy Pelosi are doing is so vile, so beyond the pale, especially right now in this moment of need, they and their party can never be forgiven.

They are not fit to lead, they would rather you die than the President gain a victory for the American people.

The Pelosi bill includes a wish list that has nothing to do with #COVIDー19.

Dems couldn’t this pass this bill in normal times!https://t.co/YqTmTcBNiV

Straight Talk: McConnell is pushing too much money at big business and not enough direct money to working Americans and families! Pelosi and Schumer are pushing a manifesto that would assure Radical Dems control of the country for years! #AmericaFirst @realDonaldTrump #Dobbs https://t.co/TDDmv7ozT3 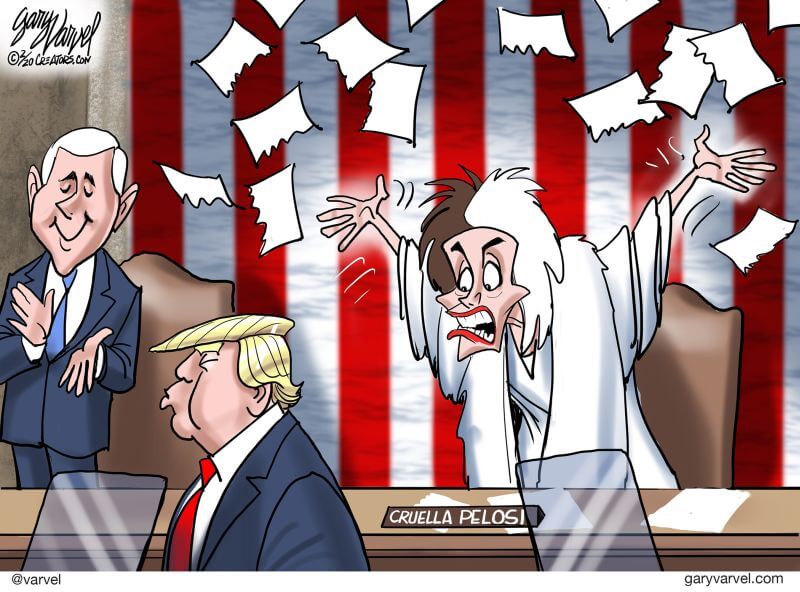