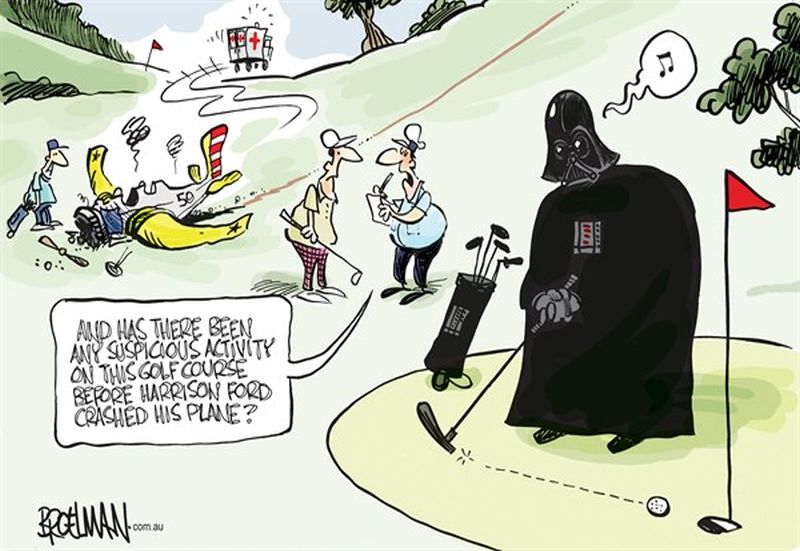 Harrison Ford is “on the mend” after crashing a World War II-era plane on a golf course near Santa Monica, California, last week.

His son Ben Ford tweeted Saturday, thanking fans for their concern and saying Ford, 72, has “the best care possible.”

“We want thank you all for your concern. Dad has the best care possible, on the mend and of strong mind body & spirit.”

Ford reported engine trouble shortly after taking off from the Santa Monica Municipal Airport on Thursday and asked for an immediate return, said National Transportation Safety Board investigator Patrick Jones. The tower then reported that the plane came up short of the runway, according to air traffic controller transmissions from LiveATC.net.

Ford appeared to do “his best to keep the airplane flying,” according to ABC News consultant Col. Stephen Ganyard.

“It looks like he did a really good job under the circumstances,” Ganyard added.

Indiana Jones told us he could only fly a plane, not land it: