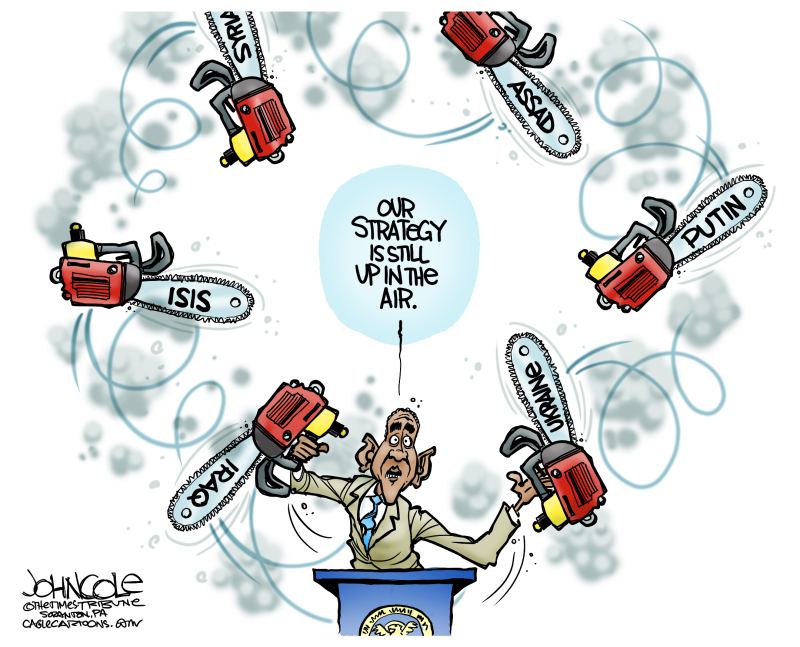 Even Democrats admit Obama’s foreign policy is a mess and has endangered the U.S. and the world.

Via the Chicago Tribune:

Obama’s problem is the absence of a clear strategy. To have one, you must clearly identify the enemies of world peace and American interests: Putin’s unchecked craving for an empire and radical Islam. Without such recognition, no coherent, realistic plan for combating radical Islam and the kind of nationalist hunger that caused two world wars can be formulated.

Historically, American presidents have had identifiable foreign policies (e.g. the Truman and Kennedy doctrines). But Obama has no doctrine, no guiding principle, no clue. You can’t even accuse him of being pragmatic.

Rack it up to a couple of factors: (1) He’s the spawn of Chicago and Illinois politics, so governing wisely is a complete mystery to him, as it is to most pols here. He was little more than a lackluster, inattentive senator in the most incompetent lawmaking body in America, the Illinois General Assembly. (2) He has no executive or administrative experience beyond organizing a classroom syllabus, if that.

But there’s this: Even if he were totally competent, he has been carrying out the inherently impractical, destructive and naive progressive policy agenda. Its failure is insured by a catechism that tolerates not even reasonable foreign involvement.

It all amounts to a deadly combination that ought to persuade Americans to try something else. In that, don’t expect too much from Republicans, who, just three months short of the election, are offering little more than “we ain’t Obama.” Speaking of the absence of a coherent, workable and courageous policy, it’s hard to top Obama, but Republicans seem quite capable of it. 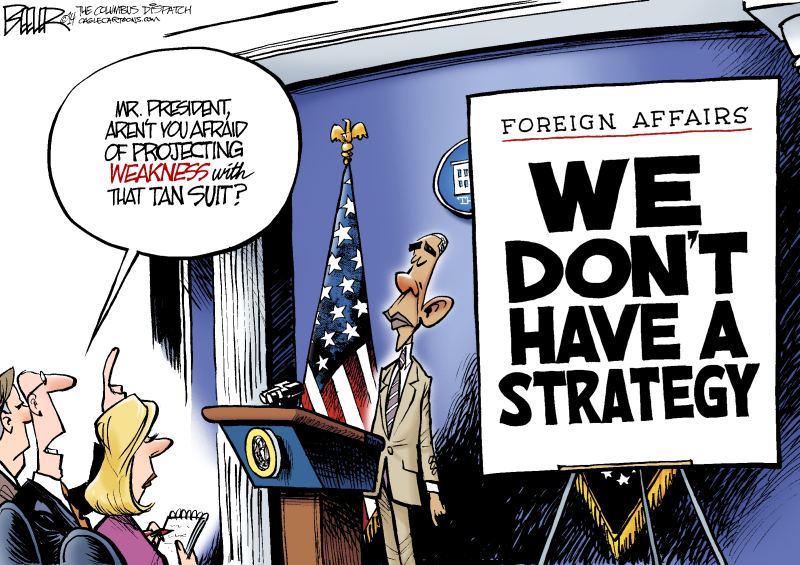